Active throughout her life in many local women's clubs, Alderson was a member of the Physical Culture and Improved Dress Club of Bozeman, the State Housekeeper's Society of Bozeman, the Young Women's Christian Association, the Helena Women's Club, and the Helena City Federation. She was also one of the few female members of the Montana Press Association. In 1893, after attending the World's Columbian Exposition in Chicago, Alderson was elected chair of the state's Floral Emblem Campaign, which organized women's clubs and the state's newspapers and resulted in a statewide vote selecting the bitterroot (Lewisia rediviva) as the official state flower. In describing the campaign, Mary later wrote, "Yet there was no romance connected with the selection. It was made in a prosaic, business-like manner--by popular vote. Perhaps that very thing gave it a western flavor. Certainly the uniqueness of its choice was due to the fact that voting was free and that the campaign was conducted by the aid of the newspapers--the most potent means of effective communication among the scattered inhabitants of our great state." Although unrelated to suffrage, the floral emblem campaign in many ways served as a model for successful organizing techniques for a vast, largely rural state. Alderson would later employ similar methods to suffrage and prohibition campaigns.

In 1895, Alderson served as a delegate to the first meeting of the Montana Women's Suffrage Association and was elected recording secretary for the new association. The following year, she joined the Bozeman chapter of the Woman's Christian Temperance Union (WCTU) and was sent as a delegate to the state convention. There, she was elected Superintendent of the Press Department for the statewide organization. She continued to serve in statewide roles for both groups for many years. In 1913, she was elected president of the state WCTU and coordinated the group's efforts toward the successful 1914 suffrage campaign. Alderson organized a statewide neighbor-to-neighbor campaign by her members and personally travelled forty-five hundred miles across the state for the cause. In her manuscript "A Half Century of Montana Women's Progress," Mary writes, "Very systematic work was done between 1911 and 1913 by all the different suffrage organizations. We worked with some unity and gave Miss Rankin the leadership in getting a bill through the Legislature in 1913. . . . The W.C.T.U. made a strenuous campaign of its own, with headquarters, meetings, parades, speakers, and distribution of literature, which included special pamphlets written by Mrs. Alderson [sic] on ‘Montana Laws on Public Morals' and ‘Montana Laws on Legal Status of Women.'" Montana became the twelfth star in the woman's suffrage flag on November 3, 1914.

Alderson was a columnist for her husband's newspaper, the Avant Courier. The only reporter with a by-line, she wrote articles on a wide variety of topics including dress reform, temperance, and women's suffrage as well as literature, holiday traditions, botany, and local events. Mary also wrote a number of histories focusing on Montana women, including the Montana chapter for Volume IV of The History of Woman's Suffrage, 1883-1900; a history of the temperance movement in Montana entitled Historical Sketch of the Montana Woman's Christian Temperance Union Voice, 1883-1912; and "A Half Century of Montana Women's Progress," an unpublished history of Montana's women, which includes details of the Montana suffrage movement. In her later years, Alderson wrote several articles focusing on Montana pioneers including biographies of her husband, Matt W. Alderson, as well as Ella Knowles Haskell, the first female lawyer admitted to the Montana bar. As the official recorder of many of Montana's historic events, Alderson took care to point out the contributions of others, but often overlooked her own. 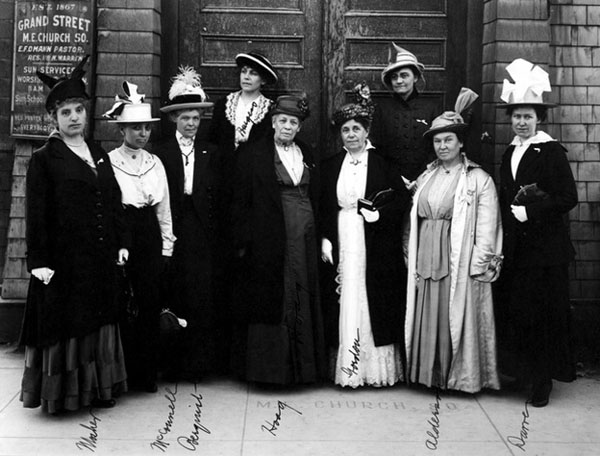