Lilian Welsh was born in Columbia, Pennsylvania on March 6, 1858. Her father, Thomas Welsh, was a successful merchant and veteran of the Mexican-American War and the Civil War. At the age of 15, Lilian Welsh attended the State Normal School. In 1875 she received her teaching certification and in only six years she became principal of her former high school. Although Welsh enjoyed teaching, she desired to continue her own education, which led her to further her studies at the Woman's Medical College of Pennsylvania where she received her M.D. in 1889. Welsh pursued additional medical training at the University of Zurich in Switzerland where she took classes in the newly-emerging fields of histology and bacteriology.

While attending the University of Zurich, Welsh met fellow student, Mary Sherwood. Sherwood would become Welsh's life-long companion. Both women returned to the United States in 1892. Welsh took a job at the State Hospital for the Insane in Norristown, Pennsylvania. After two years there, Welsh joined Sherwood in Baltimore. The two physicians opened up their own private practice, but due to the prevalent societal prejudices surrounding female doctors, they had very few patients. Welsh and Sherwood did have success working at the Evening Dispensary for Working Women and Girls. The Dispensary not only provided the working-class community with free medical care, but also gave female physicians the opportunity for practical experience.

In 1894, Welsh accepted a position at Goucher College, which was then known as the Woman's College of Baltimore. As professor of Physiology and Hygiene, Welsh taught courses on biology, chemistry, animal physiology, hygiene, and love. She developed a physical education program for students based on their incoming physical examinations, which Welsh insisted were necessary despite the disapproval of parents. The Goucher College faculty and student body greatly admired her determination and passion. Welsh was a proud supporter of higher education for women and hoped to see all of her students succeed and have the opportunities she did not.

Outside of Goucher College, Welsh was a major public health advocate in Baltimore City. She was appointed to Maryland's State Tuberculosis Commission to study the spread of tuberculosis and propose a treatment and prevention plan. Welsh was also one of two woman appointed to a commission for the study and prevention of venereal diseases. In addition to disease prevention, Welsh was a proponent for proper sanitation and was involved in the child welfare movement. Welsh believed that women's education was necessary to improve home life. Welsh also realized that women's suffrage was essential to the struggle for all the women's issues she so tirelessly worked on.

Welsh attended her first suffrage meeting in 1888, but it wasn't until she helped plan NAWSA's 1906 convention in Baltimore that she became a serious and active suffrage leader. Welsh worked closely with prominent Baltimore suffrage leaders Mary Elizabeth Garrett and M. Carey Thomas to make arrangements for this convention which sought to incorporate college women into the suffrage movement and to raise funds to sustain the movement. Welsh long remembered her meeting with Susan B. Anthony at the convention where Anthony made the final public appearance of her life. In her memoir, Welsh recalled Anthony as "a woman characterized by great simplicity, strength and dignity, indomitable spirit and infinite patience."

Welsh campaigned vigorously for women's suffrage in Baltimore. At Goucher College, she promoted the cause both in the classroom and outside on the streets of Baltimore and Washington, D.C. On March 3, 1913, Welsh led a large contingent of Goucher students in the national suffrage parade on Washington. D.C. In 1916, she became the faculty advisor for Goucher's Equal Suffrage League chapter. A 1904 Goucher alumna, Margaret Shove Morris, said of Welsh: "She is worthy to be ranked with Anna Howard Shaw, Elizabeth Cady Stanton, and with other great names of the woman movement."

After 30 years at Goucher College, Welsh retired. She continued to live an active and impassioned life in Baltimore and died in 1938. In March 2017, Welsh was inducted into the Maryland Women's Hall of Fame.

Lilian Welsh details much of her life in her memoir, Reminiscences of Thirty Years in Baltimore (Baltimore, 1925). Much more on her life can be found in her papers in Special Collections and Archives at Goucher College (Baltimore, MD). Papers can also be located in the vertical files in the Maryland Room of Enoch Pratt Central Library (Baltimore, MD). 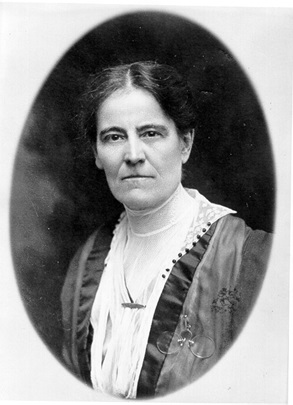 Full-text of items marked with an asterisk is only available at institutions that subscribe to Women and Social Movements in the United States, 1600-2000.

Notable American Women*
back to top
Previous Next