Julia Rebecca Rogers was born in Baltimore, Maryland on July 24, 1854. Her father, Evan Rogers, was a wealthy steel merchant. Her mother died when she was two-years old, so Rogers was raised by her aunt. Self-educated, Rogers was fluent in German, French, and Italian, and was devoted to the study of ancient cultures, art and archeology. Between 1881 and 1882, Rogers attended Newnham College in Cambridge, England.

In Baltimore, Rogers became part of a group of prominent women who met regularly to discuss literature and politics. The group, called the Friday Night, included Mary Elizabeth Garrett, M. Carey Thomas, Mary Gwinn (Hodder), and Elizabeth King (Ellicott). These women devoted themselves and their considerable financial assets to advancing the cause of women's education. In 1885, the friends founded Bryn Mawr School for Girls, the first college preparatory school for girls in Baltimore. In 1892, when the John Hopkins University needed funds to establish its medical school, the Friday Night women collected donations and provided their own money to enable the school to open. The Women's Fund was given to Johns Hopkins on the condition that women would be admitted to the medical school on the same terms as men, and that the college would be a graduate-level institution. In 1893, Johns Hopkins Medical School opened its doors as the first medical school in the country to be co-educational and to offer graduate-level medical education.

Rogers was very active in a variety of causes in Baltimore. In 1891, she helped establish the Evening Dispensary for Working Women and Girls, which provided medical services to working class women and girls. In 1898, she helped found the Baltimore Association for Promoting the University Education of Women. She advocated for the cause of women's suffrage through her positions on the executive committee of the Arundel Club and on the board of the Civic League of Baltimore. In 1914, Rogers was one of the founders of the Baltimore Museum of Art, and served as a trustee for many years. She was also a member and vice-president of the Baltimore chapter of the Archeology Institute.

Julia Rogers met Dr. Lilian Welsh, professor of Physiology and Hygiene at Goucher College, while Welsh was working at the Evening Dispensary. Welsh informed Rogers about the educational opportunities available for women at the college, and inspired her to support Goucher. In 1939, Rogers joined former First Lady Lou Hoover as co-chairman of the Citizens' Committee of the Goucher College Building Fund. Supposedly, a Bryn Mawr College alumna approached Julia for a donation to the Pennsylvania women's college, but Julia said, "'If I have anything to leave . . . and that is doubtful, it's going to a Baltimore institution.'"

Goucher College was the beneficiary of almost one million dollars from Julia's estate following her death on December 22, 1944. The money was put towards the opening of a library which would bear her name on Goucher's new Towson campus. David Allan Robertson, Goucher's president at the time and Julia's close friend, said, "Here for Goucher women is the inspiration of a Baltimore woman whose eager aspiration for knowledge was never terminated by a degree for whom, as the aged Chorus in the 'Agamemnon' says—'Learning remains always young for those who are old.' May it be so with each woman privileged to study here—with Julia." 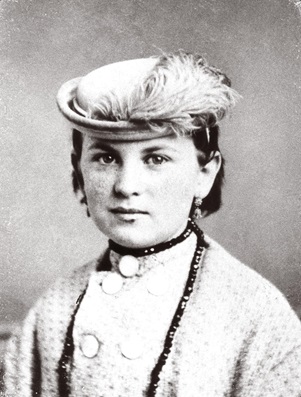