Julie Regula Jenney was born in Syracuse, New York on April 11, 1866 to Edwin Sherman Jenney and Marie Regula Jenney. Jenney had three siblings, including two younger brothers, William Sherman and Alexander Davis, and a sister, Marie H. Jenney. Jenney graduated from the Kirkland Seminary of Chicago with the class of 1885. She earned a law degree from the University of Michigan in 1892 and was the only female graduate in her class. Jenney did postgraduate work at Cornell University, finishing in 1894.

After completing her legal training, Jenney clerked for her father's law firm in Syracuse, Jenney, Jenney, and Stolz (after 1902, Jenney, Jenney, & Cole) for more than a decade before taking up active practice. Edwin Jenney had encouraged his daughter's pursuit of a law career, and in many respects, she would was a trailblazer for women in the legal profession. Julie Jenney was the first woman admitted to practice law by the Onondaga County bar; she was among the first women to argue appeals in the State Supreme Court of New York; and she was appointed as the first female assistant attorney general of New York State in 1920. According to a biographical sketch from 1908, Jenney's legal practice, though of a "general character," focused on serving "business and professional women of Syracuse." Her interest in serving the needs of a mainly female clientele was not an accident. Deeply influenced by her mother's work in the New York suffrage movement, Julie Jenney devoted much of her career to securing greater legal and political rights for women.

While working as a lawyer, Jenney was involved with multiple women's and suffrage organizations in Syracuse, most of which bore the stamp of her mother's tireless activism. Marie R. Jenney was founder of the Ka-na-te-nah Woman's Club, composed of 350 members, and president of the Syracuse Council of Women's Clubs, a 3,000-member organization. She also served as a state or local leader in at least a half dozen other organizations dedicated to advancing the welfare of women, including the Political Equality Club. Following in these footsteps, Julie took on a similar role as a leader in the New York women's movement. She served as director of the Professional Women's League and held membership in the Political Equality Club and the Woman's Suffrage Association. In 1896, Jenney delivered a lecture on "Law and the Ballot" before the National Woman Suffrage Association's annual convention, in which she argued that women's legal rights were inextricably bound to the legislatures that approved them. She contended that only the vote would provide women the assurance that any rights they gain would be duly protected in the future. Jenney went on to serve the New York State Woman Suffrage Association and spoke at the annual convention in Oswego in 1901.

In 1919, Jenney was appointed the first Federal Census District Supervisor in the nation. She continued her private law practice and in 1923 was appointed the first female Deputy in the New York State Attorney General's office until her retirement in 1926. She was founder of the Professional Women's League of Syracuse and organized the Legal Relief Society of Syracuse. She was active in Democratic politics and a member of the Consumers' League, the Council of Women's Clubs, the Kanatenah Club, the Onondaga Golf and Country Club.

Julie Regula Jenney died on December 21, 1947 at the age of 81. She was buried alongside her parents at the Oakwood Cemetery in Syracuse. 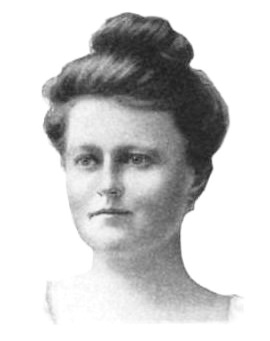 Source: "Famous Visitors" at Kihm Winship, Skaneateles: The Character and Characters of a Lakeside Village, 8/13/2013 at https://kihm6.wordpress.com/category/famous-visitors/page/5/