Sara McPike was born April 11, 1870 in Emporium, Pennsylvania to Irish immigrants Patrick and Ellen Fox McPike, the youngest of nine children. In the late 1870's the family moved to Yonkers, New York where her father and brothers were employed as laborers and her sisters were shop hands in the Alexander Smith Carpet Factory. McPike graduated from Yonkers High School and Packard's Secretarial School and took courses at Columbia University's School of Journalism. She began employment as a stenographer and was eventually appointed executive secretary to the advertising manager of the General Electric Company office in New York City. McPike lived with family members in working-class neighborhoods in Yonkers her entire life.

McPike was a member of the Women's Trade Union League and was an early suffragist. Her obituary stated she was reported "to have carried the first suffrage banner up Fifth Avenue in a parade in 1907." In 1909 she organized the Catholic Committee of the New York City Woman Suffrage Party and was chair of the propaganda work among Catholics. McPike carried the leading banner with Inez Mulholland in the 1911 New York City suffrage parade. In 1911 she founded the St. Catherine's Welfare Association, which affiliated with the New York State Woman's Suffrage Association. The organization devoted itself exclusively to the passage of woman suffrage as a means to obtain remedial legislation for the social benefit of women workers and their children. Under McPike's leadership the Association held public suffrage meetings before Catholic organizations, wrote articles for the Catholic Press and mailed articles written by pro-suffrage priests to every clergyman in the United States. In February 1917 McPike was chair of the Committee of Arrangements for a delegation of Eastern Catholic women who met with Cardinal Gibbons, the chief prelate of the Catholic Church in the United States, in an attempt to persuade him to cease his opposition to woman suffrage.

After the suffrage victory, the St. Catherine's Welfare Association focused on passage of labor legislation for women and was a member of the New York State Women's Joint Legislative Conference. McPike was among the first women named to the Executive Committee of Democratic State Committee in 1918 and subsequently served as a New York State Democratic Committeeman and as Yonkers Assembly District co-leader until 1934. She drafted the recommendations for the eight-hour day for women and a minimum wage law for the state Democratic Party's platform in 1918. In 1923, she was the first woman to be named Secretary of the New York State Labor Department and served in this position until 1930. She died February 26, 1943 in Yonkers, N.Y. 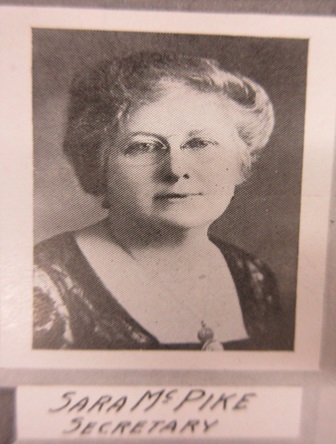 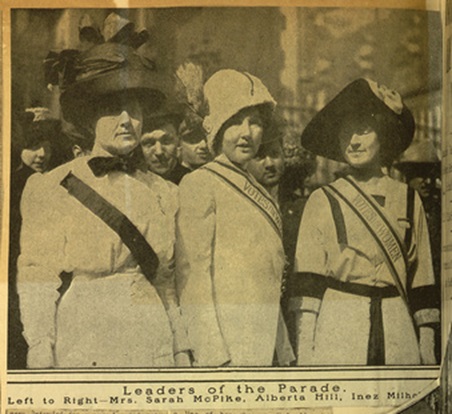