Emily Pierson was born in Cromwell, Connecticut to Anders (Andrew) Nils Pierson and Margaret Allison Budde in 1881. Andrew started a greenhouse company that was renowned for its hot house roses. Pierson attended Vassar and earned a bachelor's degree in 1907 and a master's degree from Columbia in 1908. Afterwards, she worked as a high school teacher in Bristol, Connecticut.

Around 1909-1910, Pierson joined the new leaders of the Connecticut Woman Suffrage Association (CWSA). Together with Katharine Houghton Hepburn, she led the Hartford branch of the Hartford Political Equality League. She was inspired to fight actively for suffrage after attending a lecture in Hartford in 1909 by British suffragist Emmeline Pankhurst.

As a statewide organizer for the CWSA, Pierson gave speeches and organized events. One of those events was the Trolley Campaign in early 1912. On the trolleys of Hartford, New Haven, Fairfield, and once the Springfield trolley crossed the state line, women would pass out pamphlets and tracts about women suffrage. This was an interesting tactic that allowed their material to enter as many hands as possible in a captive audience.

Pierson was also part of organizing the local branch of a nationwide march, as the head marshal, on May 2, 1914. Pierson organized an extravagant march through Hartford that featured floats and a young woman on a white horse. Over 1,000 participants showed their support for women’s suffrage. These supporters included female college graduates, Connecticut Men’s League for Women Voters, mothers and their children.

After the 19th Amendment was ratified, Pierson helped to revive the National Woman's Party in Connecticut in 1922. She also earned a medical degree from Yale University in 1924 and then worked as a school doctor and the town Health Director in Cromwell. She traveled internationally to promote awareness on women’s and children’s health issues in Russia and China and became interested in socialism.

Emily Pierson's political advocacy is reported in the newspaper The Hartford Courant, chronicled on ConnecticutHistory.org, and covered in Carole Nichols, Votes and More for Women: Suffrage and After in Connecticut (New York, NY: Haworth Press, 1983). Additional Biographical information can be found Ancestry.com and ConnecticutHistory.org. See also the entry for Pierson in the Woman's Who's Who of America, 1914-1915 [LINK]. Her papers are held in the University of Washington Libraries. 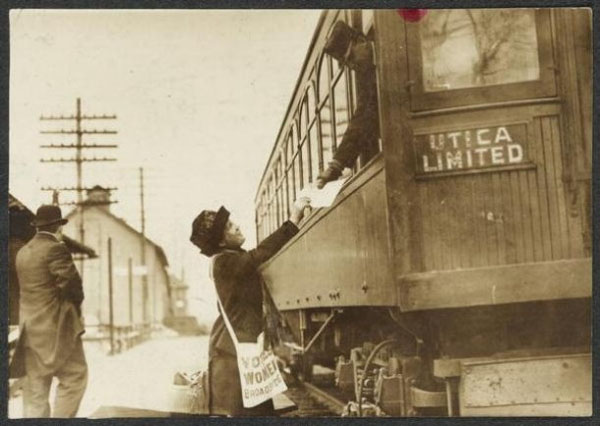