Harriet Elizabeth Grim was born in 1885 (though one source claims 1884) in Fulton, Illinois, to Ephraim W. Grim and Elizabeth A. Jones. Grim remained unmarried and had no children because, by her own words, she instead chose to take care of the abandoned children of a "male relative." She attended the University of Chicago, where she won numerous awards in oratory and writing competitions and served as president of the Chicago University Equal Suffrage League. She graduated from the university in 1908. After significant work in Illinois, she settled in Wisconsin, where she worked as superintendent of schools at Darlington. She died there on September 15, 1967.

Her post-college suffrage career began at the 1908 National American Woman Suffrage Association's 60th anniversary convention at Seneca Falls, where she was selected to be a guest speaker among several other "notable women." Speaking and lecture tours would become the trademark of her work in the suffrage movement. She conducted extensive lecture tours in Illinois and spoke in front of "women's clubs, labor unions, and parlor groups." She also undertook several "auto tours" throughout the state, speaking across the state in several towns to a wide range of public audiences. Additionally, she presented a resolution from the NAWSA requesting women's suffrage to the 1908 Republican National Convention in Chicago that was "heard politely" but ultimately ignored. Grim was then sent by the NAWSA to Springfield to work as a lobbyist, where she was the only woman to witness the Illinois Senate legalize female voting in 1911.

However, her career in the suffrage movement extended well beyond the confines of Illinois. NAWSA sent her to North Dakota to cover a series of suffrage meetings, and she also spent several months on a speaking tour in South Dakota. However, her most extensive work outside of Illinois took place in Wisconsin. There, she conducted a series of speaking tours, and also participated in conferences where she taught other suffrage activists how to conduct lectures and automobile tours. She also worked as a NAWSA salaried organizer for the Wisconsin Women's Suffrage Association, where she helped create several new suffrage groups.

After the failure of the Wisconsin state suffrage movement, Grim settled down in Wisconsin to begin her career in education and by 1915 had become principal and then superintendent of schools in Darlington, Wisconsin, though she spent her summer breaks working in Pennsylvania with the suffrage movement. The number of sources on her suffrage work naturally declined in the 1920s and 1930s due to the passage of the 19th Amendment. By 1931 she would be employed by the University of Wisconsin, where she worked in the Department of Speech and ran the Universities Drama Club. In 1937 she completed her doctoral dissertation on Susan B. Anthony. Sources on her later life in Wisconsin are sparse, although Social Security records indicate that she lived the rest of her life in Wisconsin until her death in 1967.

McBride, Genevieve G. On Wisconsin Women: Working for Their Rights from Settlement to Suffrage. Madison: University of Wisconsin Press, 1993. 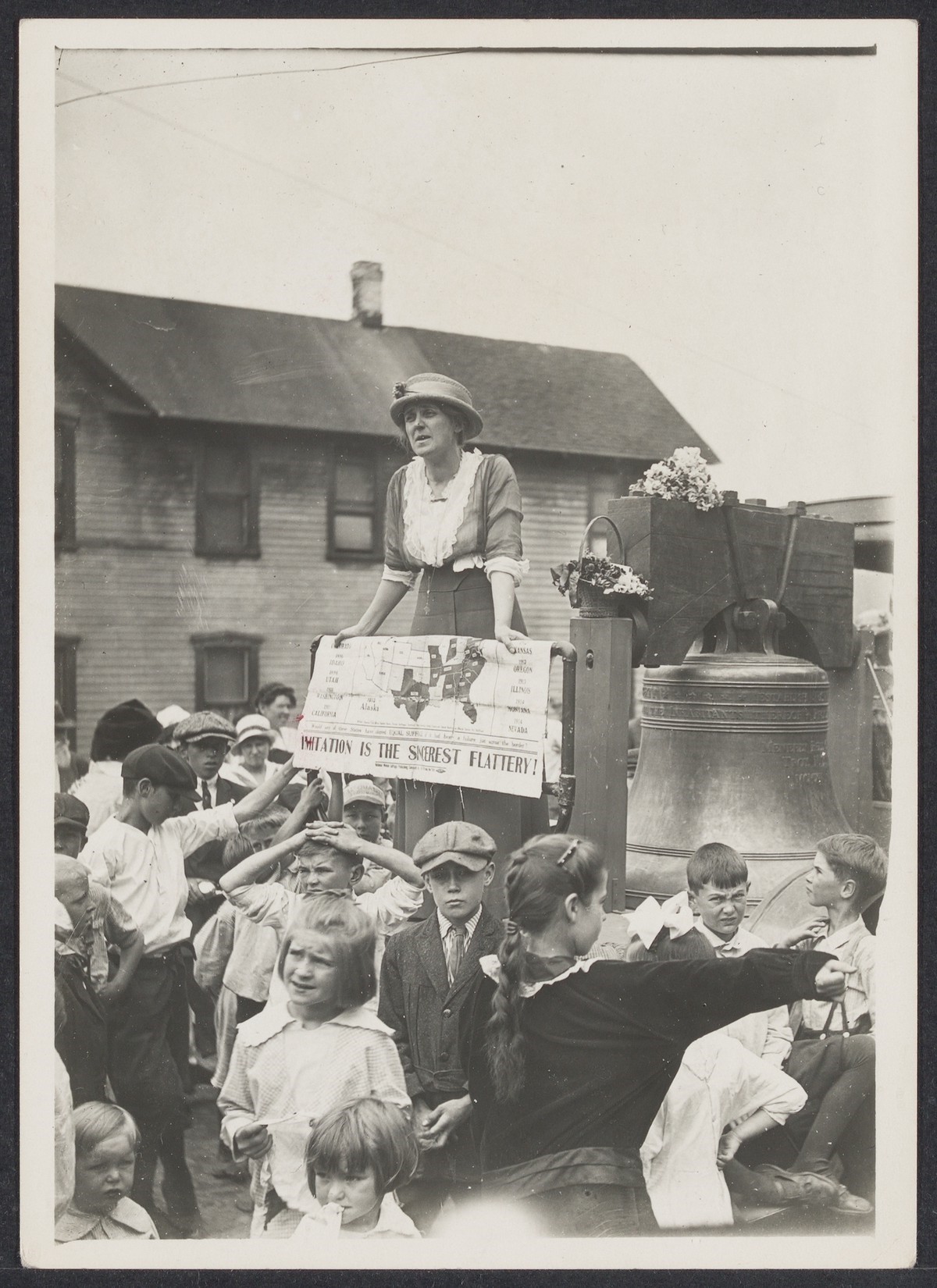