Director of the College Equal Suffrage League of Northern California from 1911-1912, Member of the Roosevelt Women's League, Vice-President and later president of the Sorosis Club (San Francisco)

Etta Nevena Hostetter was born on March 14, 1866 in San Francisco. Her mother, Christianna A. Kent, married a man named Scoville, presumably Etta's father. Scoville passed away, however, sometime before Etta was four years old. Christianna supported her young daughter by working as dressmaker in Oakland. Around 1873 Christianna married Franklin H. Hostetter. The family lived in Alameda County where Etta attended school. Graduating from the University of California at Berkeley in 1887, Etta earned a Bachelor of Philosophy degree. The following year, she was teaching at Franklin School in Oakland.

On June 3, 1889, Etta married San Francisco attorney Thomas Eastman Haven in a small ceremony at Brooklyn Presbyterian Church in Oakland. Etta was 23 years old and Thomas was just a year older. Thomas was born in Downieville, California in 1865 and later attended Williams College in Massachusetts. He earned his law degree from Hastings Law College and began practicing law at his father's law firm (Gray & Haven) in San Francisco. Thomas served as special counsel for the city and county of San Francisco and then as a judge in the lower courts. He eventually was appointed as a judge for the District Court of Appeals in San Francisco.

Etta and Thomas raised two children together. Their first son, Harold Eastman Haven was born in August of 1890. Kent Belvedere Haven was only three years younger born in May of 1893. The family initially lived in the small community of Belvedere in Marin before purchasing a house at 2400 Vallejo Street in San Francisco. Etta and her sons earned local press attention in January 1911 after their car overturned on the return trip from Mt. Hamilton in San Jose. Although Harold and Kent suffered no injuries, Etta sustained some bruises sending her to the hospital for a few days.

Etta was an active member of several bay area women's clubs in the early 1900s and 1910s. She was vice-president and later president of the Sorosis Club, a professional club for women in San Francisco. She also served as a director of the local biennial board of the General Federation of Women's Clubs. In April of 1912, she presided over a meeting of the Roosevelt Women's League. The league was a coalition of progressive Republican activists advocating for the election of Theodore Roosevelt in the 1912 presidential election. The league also promoted progressive reforms such as women's suffrage.

Etta was active in promoting women's suffrage through her service as one of the directors of the College Equal Suffrage League of Northern California from 1911-1912. The league was comprised of more than 500 women university living in northern California. In June 1911, Etta, working with the suffrage league, helped organize a public suffrage rally in Oakland to advocate for the passage of the state suffrage amendment. Women in California won the right to vote in October 1911.

In their later years, Etta and Thomas traveled. Etta took a steamer to Alaska in 1914. In 1922 the couple took an extended trip through Europe. The following year they visited Honolulu, Hawaii. In 1925, Thomas suffered heart failure and died in their home in San Francisco leaving Etta widowed for twenty-two years. Her son Kent passed away in January 1947 and four months later Etta succumbed to an extended illness on May 21, 1947. Her son Harold died in 1955 and was buried with his father and brother in Mountain View Cemetery in Oakland. 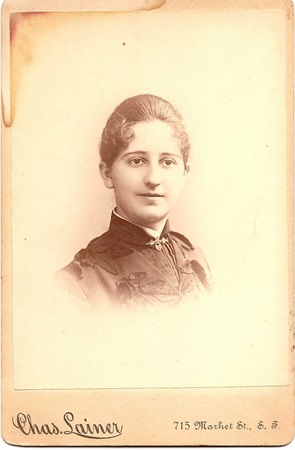 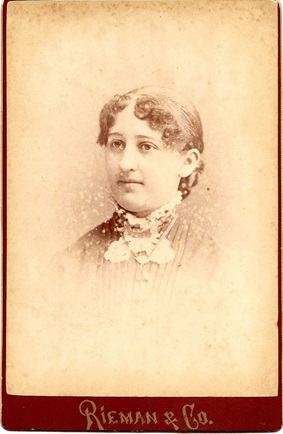