Alida Cornelia Avery was born in Sherburne, New York on June 11, 1833 to Deacon William Avery and Hannah Dixon Avery. Avery worked as a schoolteacher before beginning the study of medicine in 1857. The following year she enrolled in the Philadelphia Medical College but her education in Philadelphia was interrupted by the Civil War. She later transferred to the New England Medical College in Boston where she earned her medical degree in 1862.

Dr. Avery established a private medical practice and worked for several years in various cities including Brooklyn, New York and Cleveland, Ohio. From 1865 until 1874 she was a professor and resident physician at Vassar College in Poughkeepsie, New York. In this position, she defended the education of women against critics such as Dr. Edward H. Clarke who claimed that education was dangerous for women. Clarke believed that too much mental or physical exertion threatened to weaken women and harm their reproductive capacities. Avery offered a counterargument to Clarke's theories providing evidence from her work with young women at Vassar to support the right of higher education for women. In 1874, Dr. Avery retired from Vassar and moved to Denver where she became the Superintendent of Hygiene for Colorado and once again established a private practice.

Dr. Avery was very active in the Unitarian Church, the Women's Christian Temperance Union and the suffrage movement in Colorado. She was also active in the Association for the Advancement of Women. As the founder and first president of the Territorial Woman Suffrage Society (later the Colorado Woman Suffrage Society) she helped lead the fight for a woman's suffrage referendum in the territory and state of Colorado. During that time, Dr. Avery also served as a Vice-President in the National Woman Suffrage Association representing Colorado.

After Dr. Avery moved to San Jose, California in 1887, she continued to remain active in the Unitarian Church, the Woman's Christian Temperance Union and the fight for woman's suffrage. She was the treasurer of the Susan B. Anthony Club in San Francisco, a founding member and president of the San Jose Equality Club, the treasurer of the Santa Clara County Equal Suffrage Club, and a director of the California Woman Suffrage Association. She again served as a Vice-President in the National Woman Suffrage Association this time as a representative of California. Dr. Avery was also a frequent speaker at statewide suffrage conventions. Speaking in San Francisco in 1901 at the convention of the California Woman Suffrage Association: "It was a shame, she concluded, that women who bore their shares of the expense of government should be denied the right to declare by their vote how that government should be conducted." Dr. Avery also voiced her views on suffrage as an occasional contributor to The Woman's Journal edited by Lucy Stone.

Dr. Avery moved to San Francisco in 1901 but then moved back again to San Jose following the 1906 earthquake. She died in her home in San Jose on September 22, 1908 at the age of 75. She is buried in Sherburne Quarter Cemetery, in Sherburne New York alongside her parents and siblings.

5.)Harper, Ida Husted. The Life and Work of Susan B. Anthony. Indianapolis, IN: Hollenbeck Press, 1898 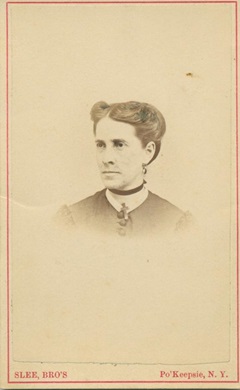 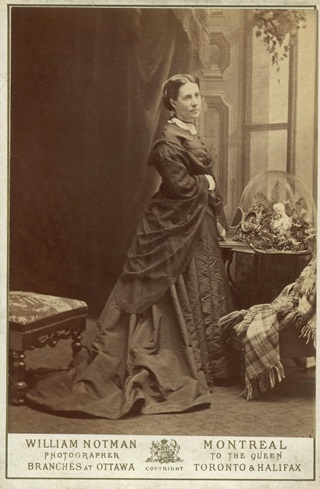 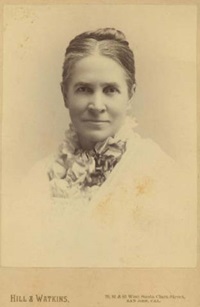