Emma Smith Devoe was born on August 22, 1849 in Roseville, Warren county, Illinois. She was the daughter of B.W. Smith and Delia Dolan. Growing up, she developed a talent for music and, at the age of nineteen, she was a faculty member in full charge of the music department at Eureka College. This was Devoe's earliest record in a leadership position that she filled with honor to herself and credit to the institution.

Devoe served many years in many states with Susan B. Anthony, another influential suffragist. Anthony was the reason why Devoe began dedicating her life as a women's rights activist. At eight years old, Devoe attended a lecture in Illinois where Anthony asked the audience to stand if they favored women's suffrage and equal rights. Devoe was the only one to rise. In 1879, Emma married John Henry Devoe, who aided and supported her as a suffragist. In 1889, she filled the office of assistant State superintendent of franchise for the Woman's Christian Temperance Union of South Dakota. From thisposition, she gained public notice and developed public speaking skills. She read speeches at conventions, which spread her fame throughout the State as a public figure for equality of the sexes. She started her speeches with the statement, "There is nothing in the Constitution of the United States that should prevent women the right of franchise." By 1890 she started campaigning and was given small stipends from the National American Woman Suffrage Association. In 1891, the Devoes moved from their home in South Dakota to Illinois. Emma immediately organized an equal suffrage society, and with her help, it grew to be the largest local suffrage society in the state.

Emma worked with many suffrage associations and projects in several states. She was responsible for implementing strategies such as publishing cookbooks, organizing women's days, and blanketing neighborhoods with posters. Devoe assisted Idaho's 1896 suffrage victory and Washington's second, lasting suffrage victory. Although she had great achievements, she also had obstacles. For example, equal suffrage was unsuccessful in South Dakota. However, immediately after the election, Emma continued fighting, commenced plans for future work, and publicly adjured her coworkers to renewed efforts. By October 1906, she was the president of the Washington Equal Suffrage Association. In 1911, Devoe organized the first national organization of voting women, the National Council of Women Voters (NCWV), where she was elected president and re-elected each succeeding convention. In March 1919, before Devoe went to the National Suffrage Convention at St. Louis, she was authorized to merge NCWV with the National League of Women Voters (LWV).

Devoe succeeded because of her persona, strategies, and ability to gather followers. She was called the "mother of suffrage" by the Tacoma News Tribune. She always worked and contributed to the cause without pay. For the most part, she was missing from home, traveling to states, and keeping in personal touch with leaders of all groups of women, whether connected with her association or not, advising them, helping them, and speaking on their programs. Devoe used helpful tactics such as penny posters, rallies, and speeches, while still maintaining a polite and womanly approach. Devoe told her coworkers that, "The more womanly we can be, the better for our cause." Emma Smith Devoe was a lifelong activist who spread her work to other states until women won the right to vote nationally in 1920. At seventy-nine years old, she died on September 3, 1927 in Tacoma, Washington. In 2000, she was elected to the National Women's Hall of Fame. 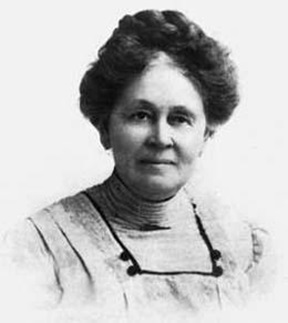