By Carole Webb (Moore) Slater, author of Letters from the Heart 1943-1946, Franklin, Tennessee

Elizabeth Breen was born on February 14, 1876 in Nashville, Tennessee to Phillip G Breen and Bridget Elizabeth Dwyer Breen. Her father was an early civic leader and successful businessman and her mother died when Elizabeth was five years old.

Following her graduation from St. Cecilia Academy, Elizabeth became active in a number of church and charitable organizations in the Nashville community including the Ladies of Charity and the Nashville Centennial Club. When the woman's suffrage movement organized in Nashville in 1911, Elizabeth soon volunteered and worked hard behind the scenes to further the cause. In 1915 she was elected a Tennessee delegate to the National American Woman Suffrage Association meeting held in Washington, D.C. and in 1917 she served as executive secretary for the State Campaign Committee for Tennessee Equal Suffrage League. In February 1920, Elizabeth Breen attended the national convention of the National American Woman Suffrage Association in Chicago, as a delegate from Nashville. In the summer of 1920, the nation was focused on Tennessee, the 36th state needed to ratify the Nineteenth Amendment to make it the law of the land, and dedicated suffragists like Elizabeth Breen helped make this law a reality.

After ratification of the Nineteenth Amendment, Elizabeth Breen remained single and traveled extensively in the United States and abroad. At home, she remained actively involved in church activities and with charitable organizations. Elizabeth Breen died on December 24, 1947.

Photo below of Elizabeth Breen is from The Tennessean Sun, 8 November 1914, p. 4. 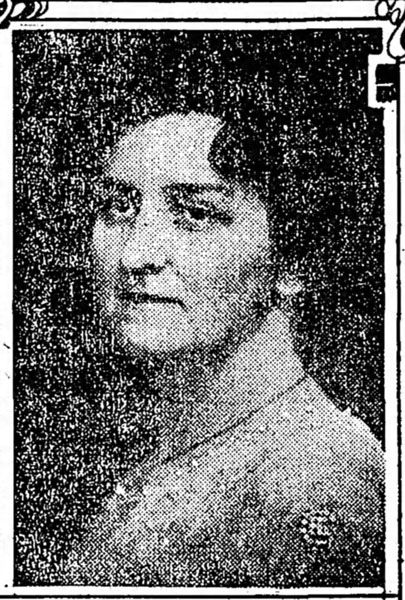