Biographical Sketch of Grace A. Johnson

Grace Allen Finch was born September 29, 1871 in Maples, Indiana to Elizabeth Harriett Bennett and Appleton Howe Finch. In 1893 she married Lewis Jerome Johnson. They had two sons: Jerome (b. 1896) and Chandler Winslow (b. 1902). The family resided in Cambridge, Massachusetts. She died January 17, 1952.

Until adulthood, Grace was not a suffragist. In fact, she believed in female domesticity while her husband supported suffrage. Grace changed her mind at a 1907 British suffrage meeting that she and Lewis attended while on vacation. The women's speeches convinced Grace of what she, in her suffrage campaign reflections, called "unanswerable arguments in favor of the enfranchisement of women." From then on, she dedicated herself to suffrage.

Grace furthered equality through political involvement. In 1912, Grace became the first Massachusetts woman to attend a national political party convention as an official delegate when she attended the Progressive National Convention in Chicago in place of her husband.

Grace was the Chairman of the Massachusetts Woman Suffrage Association (MWSA) Congressional Committee and the President of the Cambridge Political Equality Association (CPEA). With MSWA, she spoke, enrolled new suffragists and garnered congressional support across Massachusetts. With CPEA, she led Cambridge's suffragist contingent. Grace believed that women's work significantly changed the political tide. In her reflections on the suffrage campaign, she declared: "the fact that all the national political parties endorsed woman suffrage was not an accident, but rather the result of the very efficient and tireless work of the suffragists in each state." Much of this work in Massachusetts can be credited to her.

In 1919, Grace and Mary Sleeper published A Citizen's Guide. The guide, a series of seven bulletins, explained the Massachusetts government in plain language. According to the first bulletin, the pamphlet's purpose was so "women may prepare themselves for citizenship while they wait" for the vote. The Boston Herald lauded the pamphlet as "invaluable" and The Boston American recommended it to every man and woman. The material was reproduced in Northwestern University government textbooks.

Grace believed that measured actions most effectively changed political minds. She therefore opposed the National Woman's Party picketing of the White House. Writing to Alice Paul, Grace advised "the methods that you would not use upon your own family are not appropriate to use on Congress." She also believed that suffrage should be the paramount social issue of the time, not bundled with other reforms. She led the effort that eventually prevented MWSA from endorsing the 8-hour work bill.

After the ratification of the 19th amendment Grace focused on international peace, which she viewed as the suffrage fight's second incarnation. Writing to Carrie Chapman Catt, Grace declared that "there is nothing that will arouse the crusade spirit which was so inspiring in the suffrage workers like combining to make peace secure." She served on the board of the Massachusetts League of Nations Association and attended the League's assembly. She published dramatizations of League cases, including The Case of China and Japan Before the League of Nations, that disseminated current events to the wider community. She promoted equality and peace until her death.

Gustafson, Melanie. "Partisan Women in the Progressive Era: The Struggle for Inclusion in American Political Parties." Journal of Women's History, vol. 9, no. 2 (1997), p. 8. 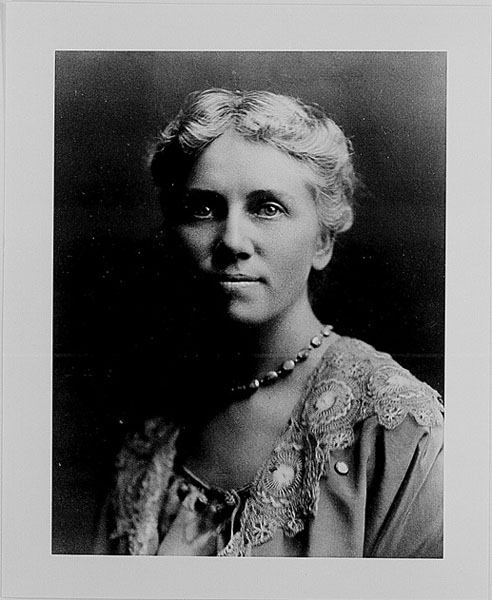