Joanna Randall was born in Nova Scotia in 1841, and went on to marry Stewart Hartshorn, founder of Short Hills, New Jersey. She bore seven children, only three of whom survived, including Cora Louise Hartshorn, who would become the cofounder of the first birth control clinic in New Jersey. Joanna Randall Hartshorn died in 1921.

Joanna Randall Hartshorn was politically active throughout the early 1900s, in both women's clubs and suffrage organizations. Women's clubs of this era took on projects to improve public life in their communities, such as advocating for improved education or assisting the impoverished. Though the women's clubs' interest in such causes can be described as an extension of motherhood or domestic duties into the public sphere, these organizations were decidedly political, especially as individual clubs began to band together in federations. Joanna Randall Hartshorn was deeply involved in such activities, and was unanimously elected president of the New Jersey Federation of Women's Clubs in 1901. Throughout the early 1900s Hartshorn appeared often in articles in the Trenton Evening Times and a magazine called The Club Woman which detailed her civic involvement. They report her participation in projects such as providing legal aid to poor women, advocating for improved conditions for female and child factory workers, and promoting reading in her community.

Hartshorn was also an advocate for woman suffrage. She was elected to the board of directors of the New Jersey Woman Suffrage Association in 1902, giving an address at the 34th annual NAWSA convention in February of that year. In 1914 she became an honorary vice president of the organization. She remained active throughout this time in pressing New Jersey politicians to approve woman suffrage at the state level and, after that effort failed in 1915, to ratify the 19th Amendment to the U.S. Constitution. In addition to her activities with NJWSA and NAWSA, Hartshorn was a member of the Women's Political Union of New Jersey. Initially formed as an alternative to women's clubs that focused on a wide range of issues, the Women's Political Union was singularly focused on achieving female suffrage, and it merged with NJWSA in 1916. Joanna Randall Hartshorn served as its treasurer in 1913 and became its financial secretary in 1915. Hartshorn's activism in this regard was documented not only in The History of Woman Suffrage, but also in articles in the Trenton Evening Times. In several of these articles her name appears among a list of "notable" or "prominent" attendees of suffrage events. Though some of this notoriety may have derived from her husband's standing in the community of Short Hills, at least one article notes that she was the former president of the Federation of Women's Clubs, indicating that, in the mind of at least one journalist, she had come by her prominence in her own right as an activist. 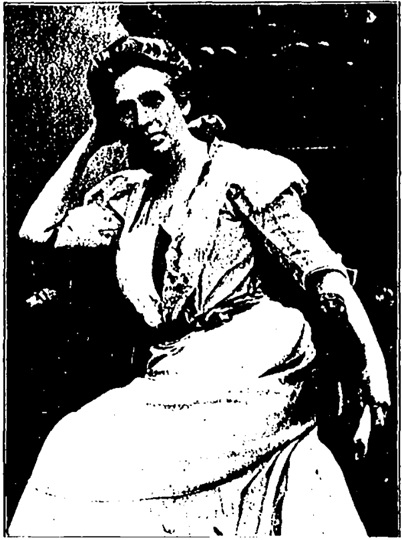