Celeste Claiborne Carruth was a corresponding secretary for the Louisiana State Suffrage Association in 1913. She was elected a New Member of the Louisiana Historical Society in 1917. Carruth was also involved with legislative work surrounding age of consent laws. In 1922, Claiborne Carruth spoke alongside Mrs. R. G. Pleasant at a large gathering of women at New Orleans's City Hall about the Southern Conservation League.

Celeste Claiborne Carruth died on June 16, 1965 and was buried at the Garden of Memories cemetery in Metairie, LA. Her grave marker is pictured below.

Publications of the Louisiana Historical Society. Accessed through Google Books. 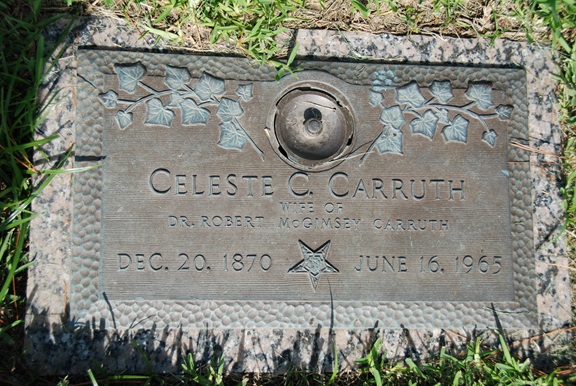