Suffragist Margaret Lillian Foley was born on March 19, 1875, in Dorchester, Massachusetts to Peter and Mary Foley of an Irish Catholic background. Foley grew up in Roxbury, with her sister Celia, and graduated from Girls' High School in Boston. After high school, Foley began working in a union hat factory to support her aspirations to become a singer. This path led her to California, until she was forced to give up on her singing career goal due to personal family issues. She returned to Boston and was employed by the Massachusetts Women Suffrage Association in 1906 until 1915 as a manager for rallies and a public speaker. During this time, Foley and other Massachusetts suffragists used militant tactics learned from English suffragists to embark on speaking tours beginning in 1909, where she would become the leading voice for working class women as the only suffragist with a working class background. As a member of the Hat Trimmers' Union and the Boston Women's Trade Union League, Foley was very outspoken about the rights of working class women among the voices of middle and upper class suffragists. This created tension between the suffragist movements, who believed that tactics used by Foley (such as distribution of suffragist pamphlets from a hot air balloon) as well as her background were too extreme for the movement.

In 1911 Foley attended the International Women Suffrage Alliance convention in Stockholm and studied intensely about European and English suffrage strategies. Upon returning from this trip, Foley and other suffragists began trailing political candidates through Massachusetts and publically questioned their suffrage views. In addition, Foley engaged in public debates with elected officials and prominent male figures, and newspapers were quick to notice how she held her ground and passionately argued her viewpoint. Because of this persistence, she was labeled a "heckler" by her opponents and the media. By 1912, Foley was travelling outside of Massachusetts to various states on speaking tours with the intention of helping suffragist organizations campaign in critical women's rights elections on the local and state level. As Foley moved to the national stage, she was a driving force behind gaining the right to vote Nevada in 1914 during a two month tour. She spent time in Pennsylvania and New York among other states with an extensive trip to southern states in 1916. She was accompanied by her longtime friend Helen Elizabeth Goodnow throughout her state trips, who was living with Foley in Boston until the time of her death.

In addition to her suffrage work, Foley was Trustee for Children in the Children's Institutions Department of the City of Boston from 1913 to 1920. During that time she lobbied for a bill that would make vaccination of children non-compulsory. From 1920 to 1926 Foley was also Deputy Commissioner of the Child Welfare Division in the Institutions Department of the City of Boston. Around this time, she was heavily criticized for her positions and executive decisions concerning children's cases, and was threatened to be removed from her position numerous times until she resigned on August 31, 1926. She remained active in local politics and in 1936 worked for Robert E. Greenwood's campaign for United States Senate. Foley never married and had no children; she continued to keep in correspondence with her relatives and other suffragists until her death at Carney Hospital on June 1, 1957 at age 82.

Ryan, Dennis P. Beyond the Ballot Box: a Social History of the Boston Irish, 1845-1917. Amherst, University of Massachusetts Press, 1989. http://scholarworks.umass.edu/cgi/viewcontent.cgi?article=2375&context=dissertations_1 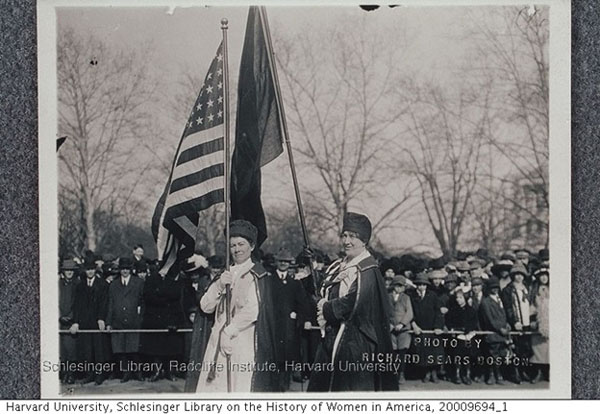 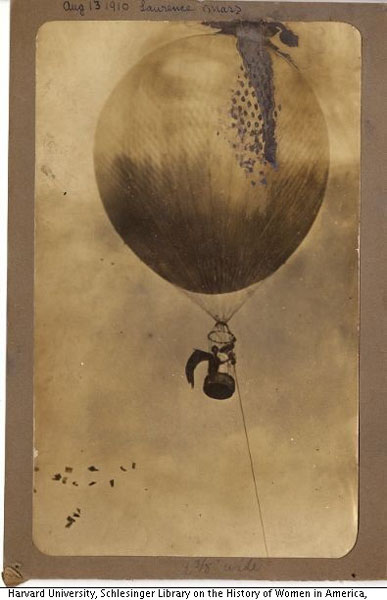 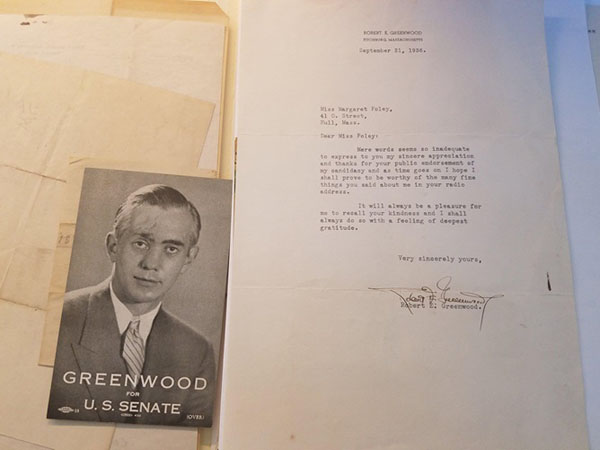 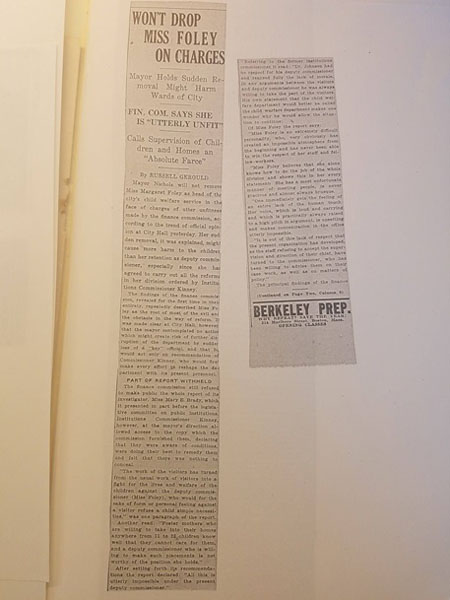 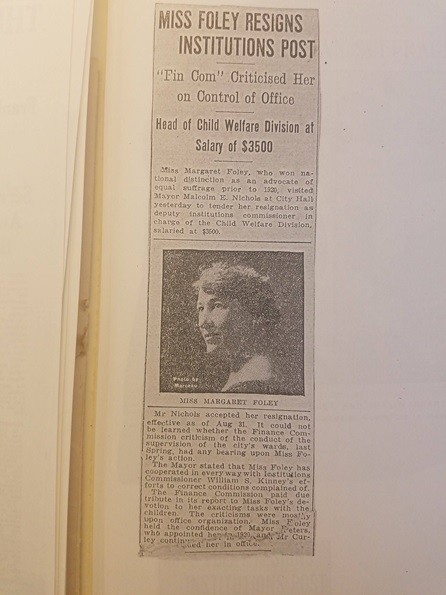 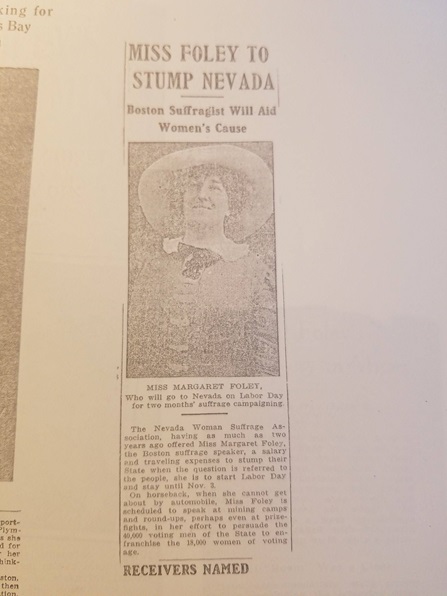