Cornelia McKinne Stanwood was born on October 5, 1875 in Stockton, California. She attended both preparatory school and Lowell High School in San Francisco. She graduated from the University of California, class of 1898. While she was attending University, she was a member of the UC Berkeley chapter of Kappa Kappa Gamma. She went on to teach English at San Rafael High School and then began her career as a schoolmistress at the Hamlin School for Girls, both located in San Francisco. While working at the Hamlin School, she simultaneously remained active in her community as a clubwoman while remaining instrumental to the California equal suffrage movement. Before assuming her role as owner and headmistress of Hamlin in the 20's, she was instrumental in California's equal suffrage initiatives as President of the California branch of the Association of Collegiate Alumni from 1907-1909, Chairman of Art in the California State Federation of Women's Clubs from 1911-12, and Vice President of the Northern California branch of the College Equal Suffrage League.

The suffrage amendment was introduced to both houses of the state legislature in the first week of the 1911 session. At the judiciary hearing on Jan. 18, 1911, where "the crowd was so large it had to be held in the Senate chamber, and the gallery, aisles and lobby were filled," Stanwood spoke alongside other suffragists on behalf of women and children, urging legislators to stand by the suffrage plank in their party platforms. With the work of Stanwood and others behind this amendment, in October 1911, California achieved equal suffrage. As The History of Woman Suffrage notes, "the demand of the newly enfranchised women for guidance and knowledge was met at once by the College League." Stanwood contributed to the inclusion of women into state politics.

In regards to her personal life, she traveled to Mexico in 1904 and abroad in both 1906 and 1911, the year she married Edward Babson Stanwood.

According to a publication on the State Welfare Administration, Cornelia served on the State Board of Charities in 1918-19 as a schoolmistress and clubwoman with no previous experience in welfare administration. This marks the beginning of the Social Work chapter of her service to women and children. From bulletin records, we know Stanwood was Chairman of the membership committee in the California State Conference of Social Work in 1920, continuing the momentum gained through her increased credibility in the California community of Social workers. While a schoolmistress at Hamlin and having gained experience through her position as Secretary of the State Board of Charities, Stanwood contributed to publications on Office Administration supervising the health of mothers and children as well as County organization around child care and protection. Mrs. Stanwood subsequently assumed her position as Headmistress of Hamlin School for Girls in 1927 until 1946, "the oldest non-sectarian, independent, day school for girls in the western United States," where she fostered a strong academic environment for young girls in San Francisco for two decades.

After a life of service and dedication to women and girls, Cornelia McKinne Stanwood died just a few years after her retirement in San Francisco in 1952. 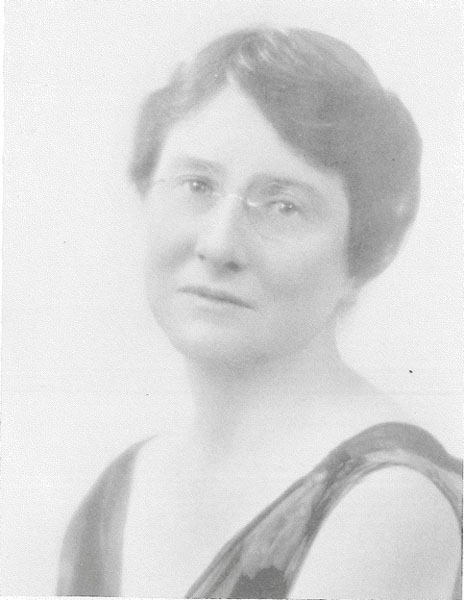