Dr. Nena Jolidon Croake, aka. (Dr.) Nina Jolidon Croake, was an osteopathic doctor and the first woman legislator of the state of Washington. Born in Illinois in 1865, Nena J. Croake developed much of her successful career as one of the presidents of the woman's suffrage movement and as a first woman legislator in Washington state from 1903 to 1922.

Dr. Nena J. Croake experienced early challenges before rising to prominence. She and her colleagues, namely, Mrs. Homer M. Hill, the pioneer of a political campaign that followed the constitutional amendment in 1897, were initially driven away from the political world due to no constitutional protection on women activists. Between 1900 and 1906, she witnessed inactivity in state suffrage circles. Then, the constitutional amendment in 1910 granting women full political equality initiated her active support of her colleagues to run for political positions. Once the amendment set the legal ground for women to seek political positions, Dr Nena J. Croake advocated for years the need of women in the legislature, and she sought a great opportunity when her appeal to women voters was statewide. Before Dr. Nena J. Croake ran for legislature, she urged a number for active suffragists to become candidates themselves. On account of various reasons, such as familial duties and other state charity works, her dedicated efforts to bring a large number of women in the political world were unsuccessful.

On October 11, 1912, Dr. Nena J. Croake announced that she was running for the legislature for progressive ticket in Pierce County, Washington. She began rising to prominence in Washington, as she led the Equal Suffrage Association as President from 1900 to 1904. During her campaign for state legislature, she was accused by her critics for violating campaigning law such as standing in the polling place and listening to the counting of the votes in her precinct. However, no court ever convicted her of unlawful campaign acts. At the turn of the year, she became the first woman legislator of the state of Washington. In January 17, 1913, she succeeded to pass a minimum wage bill in the house of the thirteenth session of the legislature as a first woman legislator. The minimum wage law provided all employed women and girls in the state a wage no less than $1.25 per day, or no less than 16 cents an hour for any female working for more than eight hours. As a state legislator, she also worked assiduously with her husband, John Bernardo Croake, who was a very well known chief inspector for the city on local improvement work, but John suddenly passed away due to heart paralysis in June 1913.

The last record of her residence in Tacoma, Washington was in 1922. Apparently, there is an interesting story connected with Dr. Nena J. Croake's family dating away back to the revolutionary war and stepping across the broad ocean to France. Dr. Nena J. Croake moved to Tujunga, Los Angeles, California in 1930. She was a widow with no occupation. She passed away in 1934..

3 "SHE FIGHTS FOR MOTHERS: Woman Enters Politics in Washington to Gain Pensions for Them", New York Times, Oct 11, 1912. 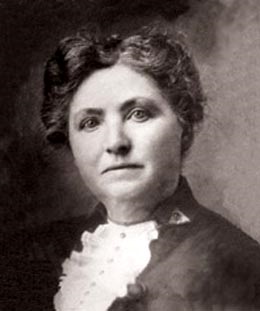