Host of 1914 open suffrage meeting in Clarksville, TN; Owner, Publisher and Editor of Clarksville Leaf-Chronicle and The Clarksville Star

Wilhelmina "Minnie" Sickenberger was born on August 1, 1867 to Katherina Gaylor and Louis Sickenberger in Evansville, Indiana. A German language teacher, she married William Wallace Barksdale there on December 26, 1893. They relocated to Clarksville, Tennessee soon afterwards and lived there the rest of their lives. Minnie died on January 30, 1954 at age 86.

Minnie Barksdale first became actively involved in the Clarksville community when she represented the Wednesday Club to the Federation of Women's Clubs in its building campaign for the public library in 1901. The clubs that made up the federation were social, but they also offered extensive opportunities for their members to study diverse topics of cultural and social issues.

Her only child, William W. Barksdale, Jr. who later became city mayor, was born in 1912. The family had moved into their 1128 Madison Street home by July 31, 1914 when Minnie hosted the first open meeting of the Clarksville Equal Suffrage League. The 40-member group had organized and elected officers the month before.

A notice in the local paper invited members of local women's clubs and their husbands to the meeting. Officers from suffrage organizations as distant as New Orleans and Houston, Texas attended indicating the level of investment and planning. The event was held on the Barksdale lawn with between 70 and 80 guests. The front page headline of "Equal Suffrage Meeting a Pronounced Success" in the Clarksville Leaf-Chronicle on August 1, 1914 was followed by extensive coverage of the meeting's speeches.

It is not surprising that news of the meeting received such prominent attention in the local newspaper given that W. W. Barksdale was the editor and publisher. Minnie Barksdale was an active and able partner in the operation of the paper and provided consistent, frequent reporting of suffrage news and events from all over the country year after year.

With her husband's sudden death in 1922, Minnie Barksdale assumed his role as editor and publisher of the Clarksville Leaf Chronicle. She announced her position on the front page March 13, 1922: "I shall do my utmost to continue the policies of the paper as here-to-fore; to make it the mouthpiece of every clean forward movement; to make it the rallying point for the hosts of progress in the life of the city, country, the state and nation."

Later that same year she was elected to the board of directors of the Southern Newspaper Publishers Association. Forced into temporary retirement by ill health, she sold the Leaf-Chronicle in 1924 but returned to newspaper publishing in 1934 founding The Clarksville Star and operating it with her son until 1940. 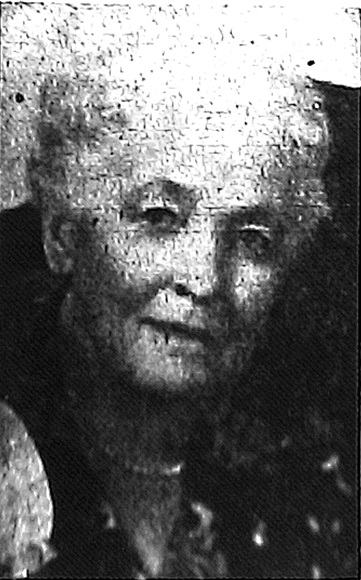