Women's Democratic Chair; First woman TN state librarian; First depositor in world's first women's bank; First woman in Clarksville to own and operate a hotel, Among the first women to run an insurance business; Chair of Clarksville League of Women Voters; Attended and served on committees at the 1920 Nashville Woman Voters' Conference

Mary Lulu Bringhurst was born in 1870 in Clarksville, Tennessee to William Rufus and Sallie Scott Bringhurst. She married William P. Epperson in 1888 and had a son, William, Jr. (1892-1897) and a daughter, Sarah Scott (McGehee) (1893-1976). Lulu's husband died in 1900, and she married her Nashville lawyer, Moreau Pinckney Estes, (1876-1940), son of Judge Joe Henry Estes. They had a daughter, Clara Clark Epperson. Lulu kept her first husband's name after her marriage to Estes and so the daughter had his name. They later divorced.

In 1901 Lulu was selected to serve as the state's first female librarian. Her term ran until 1903. Articles praising her contributions to the state library were included in several publications. She was appointed in March 1903 as agent of the United States Fire Insurance Company of New York. She and her partner, Mollie Claiborne, ran the company as Mrs. Lulu Epperson & Co.

In October of 1908 Lulu alleged that the male-operated insurance agencies in Nashville had illegally banded together to destroy her company. Lulu requested an investigation from Insurance Commissioner Reau E. Folk to see if a violation of the anti-compact law had occurred. Nashville lawyer and Lulu's former husband, Moreau Pinckney Estes, represented Lulu during this high profile case that made all the state newspapers. Folk heard testimony over several months and finally, in June of 1909, ruled that the anti-compact law had indeed been violated.

In 1913 Lulu lobbied for appointment as Clarksville's postmaster. She would have become the second woman in Clarksville's history to hold that post. But at the last moment, she was told that a woman could not hold the position.

In 1918 Lulu went into business with her father operating Clarksville's Arlington Hotel, which they renamed the Hotel Montgomery. On October 6, 1919, the hotel distinguished itself by housing the first bank in the world staffed and managed by women. The First Woman's Bank of Tennessee under Brenda Vineyard Runyon, founder and president, until 1926. Lulu was the first depositor.

Tennessee enacted legislation in April of 1919 for women to vote in presidential and municipal elections. In preparation for an upcoming Woman Voters' Conference in Nashville and a municipal election in late May 1920, Lulu Epperson sent out a call for women to attend a May 3rd meeting at her hotel. The purpose was to help women become informed about the issues and develop a full understanding of the responsibilities of enfranchisement. Lulu served as hair of the League of Women Voters for the Clarksville area, attended the Nashville Conference and served on some of its most important committees.

On August 18, 1920, Tennessee became the last state needed to ratify the 19th Amendment. Soon after, Lulu organized Clarksville's Democratic Women's Club and held its first meeting at the hotel.

Clarksville celebrated its sesquicentennial in 1934 and Lulu Epperson served on the hospitality committee under the leadership of Mrs. Austin Peay. Lulu continued to operate the hotel until 1935. She died in Clarksville in 1964.

"Mrs. Lulu Epperson, Her Candidacy for State Librarian Well Received by Democrats," The Nashville Tennessean, May 10, 1900

"Nashville Women Who Were Succeeding," The Nashville American, July 21, 1907

"Mrs. Epperson Resigns from Local Board," The Nashville American, December 18, 1907 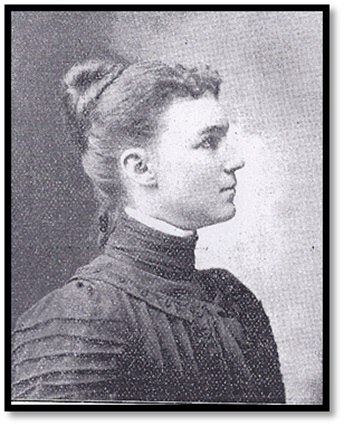