Caroline Glascock was born in Montgomery, New York on August 13, 1878 to William Glascock and Emily Miller. In 1897, Caroline married Dr. David T. Kimbrough and together they had three children: Robert J., David T. Jr., and Miller G. Kimbrough. Caroline passed away on June 12, 1962 from a kidney infection.

While her husband worked as a medical doctor, Caroline became a prominent realtor in Nashville. According to her many real estate ads in The Tennessean, she was quite active, and in 1957, her hard work paid off when she was named "Dean of Nashville Realtors" and received an award from the Nashville Real Estate Board for her 39 years of service. At the time of her death, she had been an active real estate broker for 45 years with Kimbrough-Phillips Co.

According to her lengthy obituary, Caroline Kimbrough had been "an active civic worker" and "well-known in the state as a leader in activities in support of woman suffrage." Her work with the women's suffrage movement began around the turn of the century. In 1914, Caroline was elected as one of twenty delegates from the Nashville Equal Suffrage League to attend the national convention of the American Woman Suffrage Association, and during an interview after the event, she claimed it was "assuredly a very great success from all viewpoints."

The following year saw the largest demonstration for suffrage in Tennessee's history and included a massive parade and pageant for the Nashville Suffrage League. As the treasurer, Caroline rode in the parade and was given a platform to speak at one of the sessions. Regarding funding for the organization, she said, "A rose by any other name is just as sweet, but dollars smell better to us than dimes." Her speech garnered great results, and from then on, she was indispensable when it came to gathering financial support for the cause. She would go on to serve as the treasurer for the Nashville Suffrage League for several years and was a director, treasurer and chairman of credentials of the State League of Women Voters beginning in 1924.

In addition to garnering financial support, Caroline Kimbrough used the power of her words to defend the cause of women's suffrage. In 1915, a minister in Nashville in his sermon, "Sin in High Places--Woman Suffrage," strongly spoke out against women who believed they had the right to vote, and Caroline responded in a letter to the editor of the newspaper. The following is an excerpt from her letter:

"In begging that the woman not be given the ballot, he puts himself in the class with the men of a century and a half ago who felt that education for women would ruin them as homemakers and mothers and ‘unlock the gates of hell.' The women have survived education. They are today, thank God, better mothers and citizens than ever before . . ."

Caroline Kimbrough's life of determination and willingness to stand her ground is shared by her fellow suffragists, and their lives are reminders of courage. After the ratification, Caroline wrote a letter to Mrs. J.L. Burns, the mother of Harry T. Burns. She wrote:

"The hearts of the Tennessee women and the women of the United States are proud & grateful today to think that one young man held in his hands the power to enfranchise the women of this nation and was influenced by his mother to use his vote for freedom, justice, and progress...We thank God for such a mother & such a son."

"Suffrage Cause if Paid Homage by Thousands." The Tennessean, Nashville. Tenn., 1915

"Headquarters of Suffragists to Be Opened Here." The Tennessean. Nashville, Tenn., 1920 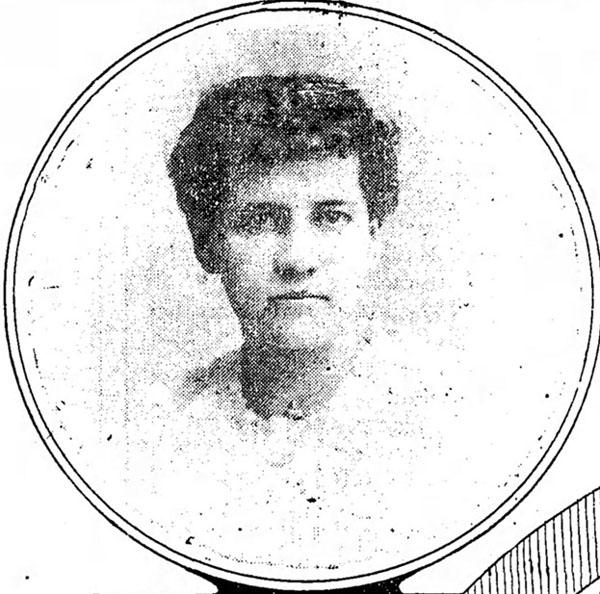 "A Number of the Most Prominent Equal Suffrage Leaders." The Tennessean. Nashville, Tenn., April 26, 1914.