Born on November 13, 1876 in Nashville, Anne Dallas Dudley's beauty, charm, eloquence, regal bearing and wealth made her the living refutation of the derogatory "she-male" label often attributed to suffragists by opponents. Her political acumen was widely recognized. She once demolished an anti-suffragist's argument that "because only men bear arms, only men should vote." Dudley pithily replied, "Yes, but women bear armies."

Dudley and several other women met in the Tulane Hotel's back parlor in September 1911 to found the Nashville Equal Suffrage League. The organization was dedicated to building local support while "quietly and earnestly avoiding militant methods." The elegant Dudley served as the organization's first president.

During her presidency, the League organized giant "May Day" suffrage parades usually led by Dudley and her children. Nashville was among several major cities across the country where parades were scheduled for the first Saturday in May. Dudley, daughter of Trevanion Dallas, a wealthy cotton mill owner, and great niece of George Dallas, who was James K. Polk's vice president, was an organizer of the Nashville parade.

She became the first woman in Tennessee to make an open-air speech after she led a march of 2,000 women from downtown Nashville to Centennial Park, site of the first suffrage parade in the South in May 1914.

Dudley also helped bring the NAWSA convention to Nashville in November 1914, which was one of the largest conventions ever held there.

Dudley was elected to head the Tennessee Equal Suffrage Association in 1915 after serving in the local league for four years. In her three-year tenure as head of the Tennessee Equal Suffrage Association, she increased the number of leagues statewide from nine to sixty. Her political savvy was becoming known. She helped introduce a suffrage amendment to the state constitution, and gained suffrage planks in the platforms of both parties.

When the state constitutional amendment failed, she pushed an alternative measure that would allow women to vote in presidential and municipal elections. This was a tactic that had worked in other states. The house passed the resolution on January 19,1917. Twelve days later, the state senate defeated it. She proclaimed, "We are not crybabies," and reassembled her workers. Two years later in 1919 the resolution passed. She telegraphed this message to national headquarters: "We are voters in Tennessee. (signed) Anne Dallas Dudley"

Dudley contributed significantly on the national suffrage stage in 1917, when she became third vice president of the NAWSA. Along with Catherine Talty Kenny of Nashville and Abby Crawford Milton of Chattanooga, she led the campaign to approve ratification when the time came for Tennessee's pivotal vote in 1920.

At her most eloquent, Dudley transcended all questions of race and class. She declared: "We have a vision - a vision of a time when a woman's home will be the whole wide world, her children all those whose feet are bare, and her sisters all those who need a helping hand: a vision of a new knighthood, of a new chivalry when men will fight not only for women, but for the rights of women."

Her husband, Guilford Dudley, Sr., one of the founders of Life & Casualty Insurance Company in Nashville, was very supportive of her suffrage activities. She died on September 13, 1955 and is buried at Mt. Olivet Cemetery in Nashville.

Her legacy has been recognized in several ways:

Featured on the Tennessee Woman's Suffrage Memorial that was unveiled in Knoxville in 2006, along with Lizzie Crozier French of Knoxville and Elizabeth Avery Meriwether of Memphis (http://www.alanlequire.com/SuffrageKnoxville.php)

Featured along with ten other prominent Tennesseans in The Pride of Tennessee, the official Tennessee State Bicentennial Portrait which hangs in the Tennessee State Capitol in Nashville (http://www.netstate.com/states/symb/portraits/tn_pride_of_tennessee.htm)

Recognized with a historical marker in Nashville's Centennial Park dedicated to her (Anne Dallas Dudley, http://www.hmdb.org/Marker.asp?Marker=4524)

Inducted into the National Women's Hall of Fame in 1995 in Seneca Falls, New York (www.womenofthehall.org/inductee/anne-dallas-dudley/)

Featured with four other suffragists on the Tennessee Woman Suffrage Monument that was unveiled on August 26, 2016, in Nashville's Centennial Park (www.tnsuffragemonument.org) 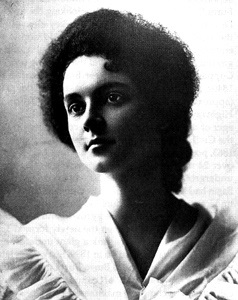 Anne Dallas Dudley during her term as president of the Tennessee Equal Suffrage Association.
Tennessee State Library and Archives. 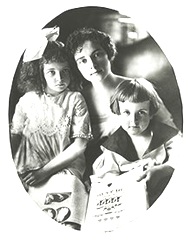 Dudley, Anne Dallas: Six-page biography (with picture) by Anita Shafer Goodstein, on the occasion of the subject's inclusion in "The Pride of Tennessee" (painting reproduced in the Franklin County Library). (1992: XXIII:1, 61-65)

The Tennessee Encyclopedia of History and Culture - http://www.tennesseeencyclopedia.net/entry.php?rec=406