Jeannette Pugh Ballard 1848 in Assumption Her father, William Henry Ballard was born in 1824 in Franklin, NC and her mother, Mary Whitwell Pugh, was born in 1836 and died young at the age of 38. William Henry Ballard and Mary Whitwell Pugh were married in 1956. The couple had five daughters: Jeannette, Sidney, Augusta, Mary, and Lucy, all of whom have no known children.

At the turn of the century, Ballard lived at 1566 Calhoun street in New Orleans. On January 2, 1909, purchased property at 3 LaSalle Place in uptown New Orleans for $3,000. She hired architect Francis J. MacDonnell to design a gothic revival-style home (Figure 1). The finished house appeared in the February 1910 issue of Architectural Arts and Its Allies magazine.

Ballard Robert Howard Dicks on February 21, 1911. The couple no known children. By 1919, Ballard Dicks Audubon Boulevard, and she sold her home on LaSalle Place to William Boatner Reily Jr. for $8,340. Ballard member of the Weekly Afternoon Whist Club in New Orleans. 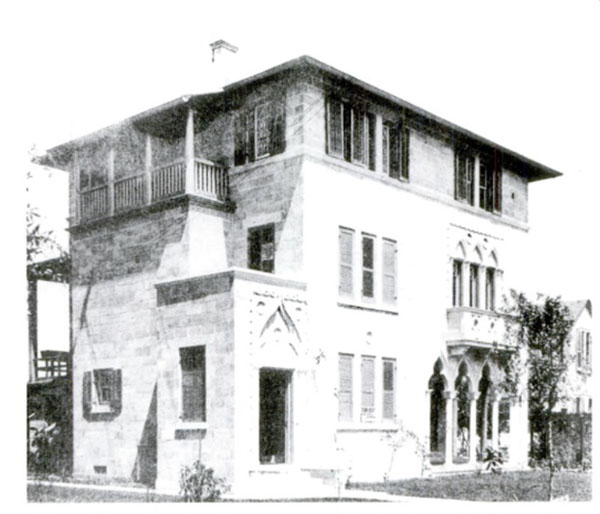