Marie Burress was born in 1877 in Millersburg, Ohio but she spent the majority of her childhood in Alleghany, Pennsylvania. Burress was educated in a female college at Pittsburgh and at a boarding school in New York City. She was a gifted performer, and received stage training under the best teachers, such as de Mille, Sargent, Mackaye, Emma Waller, and others. At age 17, she began as a leading lady in the old stock of the Museum Company, her first company as a theatrical performer. When she joined the Museum Company she had a long run with the play "Agatha." On June 13th, 1894, she secretly married Mr. Guy Wilbur Currier, a wealthy young man of Lawrence, Massachusetts. The Opera Glass, an "illustrated magazine devoted to musical and dramatic life" claimed that after getting married, "Miss Burress left James O'Neill's company some few weeks ago. She says that she will never appear on the stage again." Thus, her public theatrical career largely ended in 1894 with her marriage to Guy Currier. She had five children: Richard Currier, Guy Currier Jr., Mrs. Felton Elkins (Sarah Currier), Mrs. Kenneth L. Lindsey (Anne Currier), and Mrs. Robert S. Steinert (Lucy P. Currier).

Marie Burress Currier (commonly known as Mrs. Guy Currier to the public) was a famous performer, a Boston socialite, and an active suffragist. In the autumn of 1911, the Legislative Committee working to pass the suffrage amendment consisted of Mrs. Crowley, chairman, Mrs. Leonard, Mrs. Park, Mrs. Page, Miss Foley Agnes Mahan and remained substantially the same during the next two or three years, with the addition of Mrs. Marie Burress Currier, Miss Cora Start and Mrs. Evelyn Peverley Coe. In 1911, the method was introduced which many believed was ultimately responsible for putting the suffrage amendment through the Legislature. It was the defeating of individual legislators who had been prominent opponents by making an active political campaign in their districts. The first was begun at the primaries against State Senator Roger Wolcott of Milton, chairman of the Constitutional Amendments Committee in the preceding Legislature. The women compiled a record of his negative votes on many liberal measures, including suffrage, and spread this record before his constituents. This work was done at the suggestion and under the direction of Mrs. Fitzgerald, who conducted open-air meetings in the district. The effort to defeat his renomination in the primary failed, however, largely through their inexperience. This year marked the high tide of the Progressive party in Massachusetts, and also the height of Marie Burress Currier's involvement in the suffrage movement.

However, Marie Burress' involvement in the suffrage movement continued throughout the early 1900s. In 1914, Burress was the President of the newly-formed Players' Equal Suffrage League. The Boston Evening Transcript reported on March 4th, 1914: "Famous Actress Mary Shaw Gives Reception on Thursday in Honor of Well-Known Players Visiting Boston," commenting that, "Mrs. Guy Currier, who is president of the newly-formed Players' Equal Suffrage League, of which Miss. Lotta is vice president, will preside and the members have invited all the men and women players now engaged at the various theatres to be present." While Burress moved outside of the legislature, she brought her suffragist mission to her Boston socialite and theatre communities. The Cambridge Tribune similarly reports of her suffragist involvements in January 1915: "Boston suffragists started the New Year with the opening of a new Votes for Women shop in the theatre district of the city. 205 Tremont street, where there was speaking by prominent women during the afternoon and evening of New Year's Day. Crowds paused to read the gay suffragist posters In the window and the shop itself was filled with men and women until late In the evening. Miss Margaret Foley, Miss Minnie Mulry, Mrs. Guy Currier, Mrs. Maud Wood Park and Miss Miriam Allen deFord and many others representing as many professions aided in the dedication. The shop will lie open every day from 9 In the morning until 9 In the evening and suffrage literature will be for sale." The presence of the Players' National Suffrage League continued throughout 1915. The Los Angeles Times reported: "The Players' National Suffrage League will host its second reception and entertainment Friday at the Hotel Brewster…Mrs. Guy Currier (Mrs. Burress) is the president of the organization and a score of woman players are invited."

Soon thereafter, in 1920, once the 19th amendment passed in the United States, Marie Burress and her family relocated to Peterborough, New Hampshire for portions of the year. In 1920, Marie Burress started a summer theatre school called Mariarden, originally called Four Wind Farm. The season ran through July and August. According to "The Bones of the Earth," by Howard Mansfield, page 148, "Bette Davis began at Mariarden. Her mother had brought her to Peterborough, but she could not afford the tuition at Mariarden, so she enrolled her daughter at the Out-Door Players. Davis was discovered dancing there and given a full scholarship to Mariarden." Burress lived out the rest of her life directing the Mariarden, the school for the arts, in Petersborough, New Hampshire. As stated in Guy Currier's 1930 Obituary: "All of the members of the family are at the home in Petersboro…In Boston the Currier family lived at 8 Commonwealth Avenue." Few details are known about the end of Marie Burress Currier's life, and her year of death is unknown. 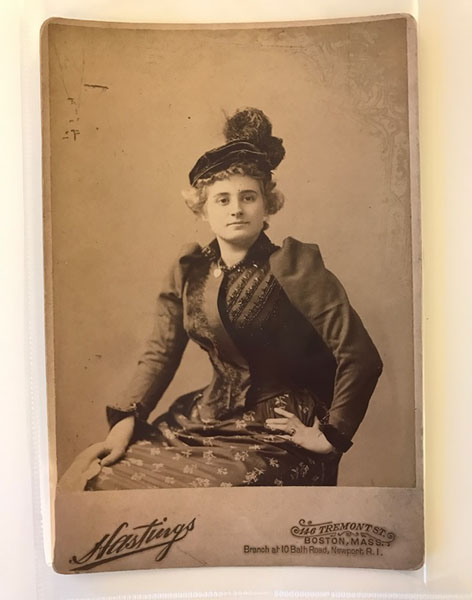 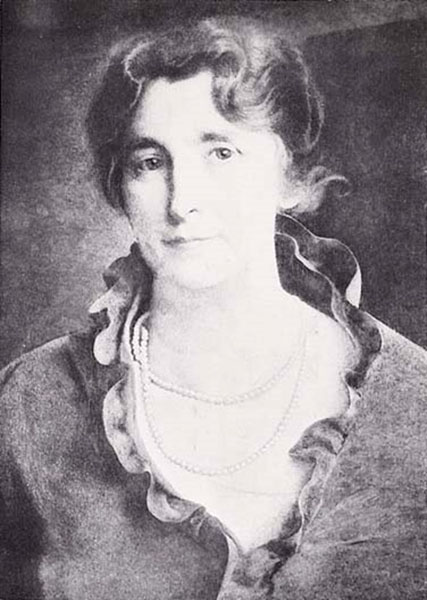