Jane Norman was born in New Jersey in 1874. She was a descendant of Crean Brush, who was a member of the last two British Provincial Assemblies in New York, and of Giles de Mandeville of France who settled in New York in 1636. At 23 Jane married Clarence Meserole Smith. She had two daughters, Helen and Muriel. She moved to Manhattan in 1930. Mrs. Smith was particularly interested in industrial equality for women in New York and the investment of the National Woman's Party funds.

Mrs. Smith was a member of the group that organized to work for women's suffrage in 1913. When women won the right to vote she helped reorganize the National Woman's Party in 1921. She was among the early campaigners for jury service for women, equality of pay and opportunities, and the appointment of more women to high federal posts. In 1926 Governor Alfred E. Smith appointed her to represent New York at the International Woman Suffrage Congress which was held in Paris. In 1927 Mrs. Jane Norman Smith was elected Chair of Council of the National Woman's Party at a convention held in Colorado Springs in July. She served for a number of years as chair working against laws that restricted night employment and mandated a reduced work week for women employees. Mrs. Smith was credited with the passing of nine state laws giving women equal rights with men. In 1928 she was a speaker at the Pan American Conference in Havana, which led to the formation of the Pan American Woman's Commission (subsequently the Inter-American Commission on Women).

Among her many publications she wrote an article in the Bode Bugle newspaper in 1930 titled "Many Laws Unfair to Women." In this article she discussed how there were more than one thousand laws in the United States that discriminated against women relating to the right of married woman to contract, to the guardianship of her children, the inheritance and disposal of her property, to the ownership of her own labor and services and what Mrs. Smith believed was most important, the right of women in the industry to sell their labor on the same terms as men. She stated, "Laws applying to women workers and not to men are among the greatest discriminations. They close many doors of opportunity to women seeking employment, while women thrown out of work by their passage are invariably forced into harder, lower-paid work, for which they must compete with one another."

Mrs. Smith was also the author of "Hours Legislation for Women Only," as well as Crean Brush, Loyalist, and His Descendants, and many other writings. On September 3, 1953 in Windsor, Vermont, Mrs. Smith passed away at 78. 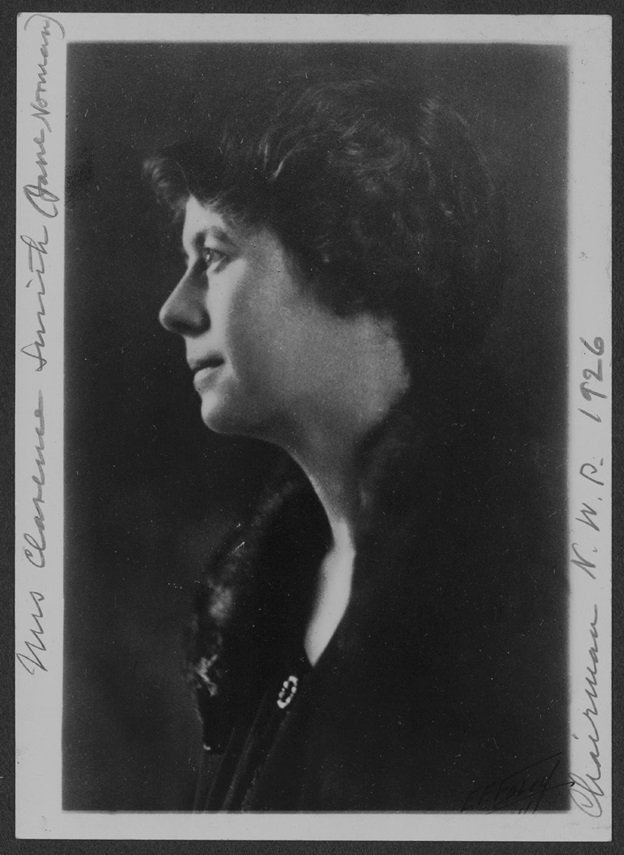