On August 24, 1880, Hazel MacKaye was born in New York City to James Morrison Steel MacKaye and Mary Ellen Keith Medbery. Named after a character in one of her father’s plays, Hazel Kirke, she was the youngest of his children. She eventually went to Radcliffe College and continued in a career similar to her father’s where she designed, directed, wrote, and acted in plays, including some of her father’s. She also directed and acted in pageants, which were the lavishly produced historical dramas popular in that era.

On March 3, 1913, the first national suffrage parade, organized by newcomer Alice Paul, was held in Washington D.C., just one day before the inauguration of President Woodrow Wilson. MacKaye directed the historical tableau about women's contributions, “The Allegory,” which was performed on the Treasury Building steps during the parade. After the impact of this pageant, she created “The American Woman: Six Periods of American Life.” On December 13, 1915 MacKaye put on another pageant, “Susan B. Anthony,” in Washington, D.C. at a convention of Paul's upstart suffrage group, the Congressional Union. On September 23, 1923, for Paul’s National Woman’s Party and its announcement of the Equal Rights Amendment, MacKaye directed a reenactment of the groundbreaking 1848 women’s rights meeting held at Seneca Falls. Her pageants were filled with propaganda hoping to convert followers as well as raise money.

MacKaye was the best known of pageant directors. Her career spanned the 1910s to the mid-1920s. She never married and on August 14, 1944 Hazel MacKaye died in Westport, Conn., most likely of pneumonia, at the age of sixty-three. 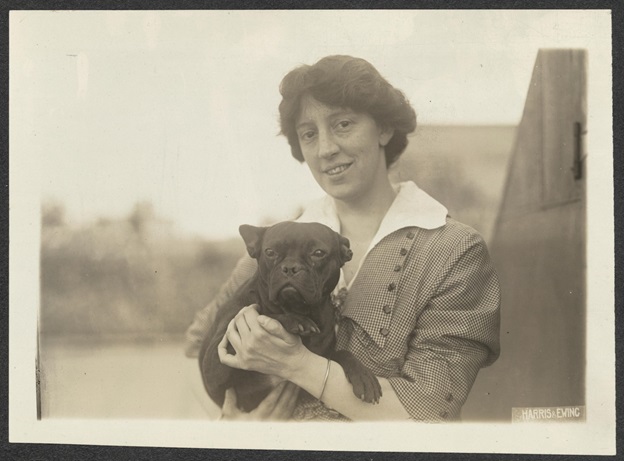 Wikipedia bio sketch of Hazel Mackaye is accessible at https://en.wikipedia.org/wiki/Hazel_MacKaye.