Ernestine Hara was born on January 25, 1896 in Craiova, Rumania to Buhor Hara and Mali Eliescu Hara. Her father was an anarchist who died when his daughter was extremely young. As a result of his death, the family was plunged into poverty and eventually forced to immigrate to New York City in 1907 when Ernestine was eleven. There, she became acquainted with the Young People’s Socialist League situated just around the corner from her home, though she never became a member.

By 1917, Ernestine had learned enough about socialism to join the Socialist Party (SP). It was while attending an SP convention that she met Mrs. Katherine Hodges, a delegate from Everett, Washington. Mrs. Hodges began talking about the National Woman’s Party (NWP), which was picketing outside the White House, urging President Woodrow Wilson to help pass a constitutional suffrage amendment and Hodges asked if Ernestine would participate. Ernestine, who was excited to be involved in something radical, agreed. The amount of time she spent picketing on September 22 before being arrested is unknown. She and the other picketers spent roughly an hour in jail awaiting bail and then appeared in court shortly afterwards, where they attempted to defend themselves to no avail. They were sentenced to thirty days in the Occoquan Workhouse in Lorton, Virginia. So many NWP activists had been arrested that the District of Columbia Jail could not hold them.

Although she did not participate in a workhouse hunger strike, Ernestine did engage in some protests. One example was a work strike where the suffragists sat in their workroom, with their hands in their laps, refusing to work. The warden tried to get them to work by telling them they were demoralizing the other prisoners, but the women simply responded that they were unjustly arrested. Ernestine was also one of the suffragists who signed the letter of demands addressed to the commissioner of the District of Columbia. Furthermore, upon discovering her friend Peggy Johns was being transferred to a psychiatric hospital, Ernestine gathered a group of picketers to storm the superintendent’s office. They demanded that Johns be escorted to the hospital by her lawyer in order to create a sense of security. After a little bit of a scuffle, the superintendent ultimately yielded to their demands and Johns’s lawyer was permitted to accompany her.

Ernestine ended up finishing the last three days of her sentence at the D.C. jail and was released in October of 1917. Upon her liberation, she maintained a variety of jobs across the United States. She obtained a job as an office worker in Everett, Washington, but quickly found herself unhappy and decided to move north to Seattle where she joined the Industrial Workers of the World or “Wobblies.” Thereafter, she found more employment in Butte, Montana as well as New York until moving back out west to California in 1948. In 1969, after nearly twenty years of working for unions in both San Francisco and Los Angeles, Ernestine finally retired to the latter city. Despite being unjustly incarcerated and facing the horrendous conditions in the Occoquan Workhouse, Ernestine still fought for women’s rights even in her old age. She joined the National Organization for Women (NOW) shortly after her retirement and openly supported the passage of the Equal Rights Amendment. Her advocacy for feminism continued until she died on November 1, 1978. 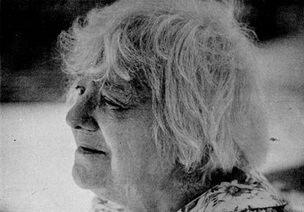 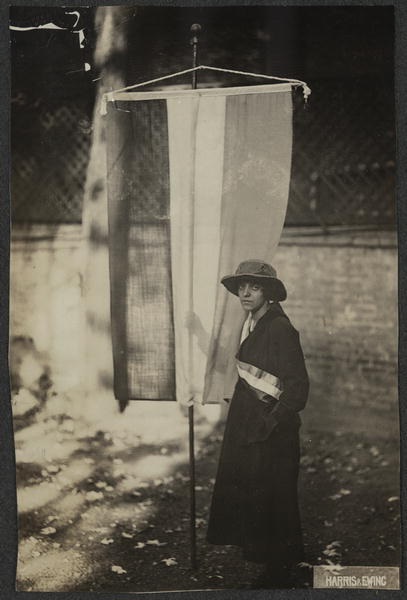