Peggy Baird Johns lived mostly in New York from 1890-1970. There is little known about her life before she befriended and started to picket the White House with Dorothy Day. Dorothy describes her as having dark auburn-blonde hair and though Dorothy thought she was not the most beautiful woman, men found Peggy Johns hard to resist. She had many friends, was well-known as an artist in Greenwich Village, and smoked and drank excessively. She also loved cats and flowers with a passion. The documents of her life start with her activism in picketing with the National Woman’s Party in Washington, 1917.

On September 25, 1917, Peggy Baird Johns was arrested for obstructing traffic in Washington and found guilty but refused to pay the fine of $25. Judge Mullowney sent her to the Occoquan Workhouse, where she stayed until her release on October 25, 1917. She earned the “prison pin,” a symbol of her “sacrifice of individual liberty for the liberty of all women.” On November 9, 1917 her friend Mike Gold introduced her to Dorothy Day in Greenwich Village. Mike Gold expressed concern for Peggy upon arrival and she explained her eviction from her apartment was because she could not pay rent while in jail. She told of her involvement in the suffrage movement and that she was on her way to picket at the White House. Dorothy explained she joined the cause because she admired the women and “their spunk,” but she would not vote if women won the right to vote. Dorothy decided to follow Peggy to Washington and picket with the National Woman’s Party.

On November 10, 1917, the National Woman’s Party was picketing the White House to urge the passage of the woman suffrage amendment. At this time, Alice Paul was already in jail and on a hunger strike. Peggy Johns and Dorothy arrived in Washington and went to the National Woman’s Party headquarters to learn about picketing and prison. Lucy Burns advised the women about what they should do if in prison and felt abused. Later that afternoon, they took a picture wearing their purple and gold sashes out in front of the headquarters. Later that day, Peggy, Dorothy, and others were arrested and sent to Occoquan workhouse.

While in prison, Dorothy joined the hunger strike until Peggy convinced her to break her strike and eat. Two days later, on the tenth day in prison, the hunger strike ended because the NWP won a lawsuit challenging all District transfers to Occoquan as illegal. Peggy and Dorothy plus all remaining suffrage prisoners were transferred from Occoquan to the Washington jail and were allowed to pick their own cell. Peggy and Dorothy chose a cell together at the top and rear of a three-tiered cell block. From eight in the morning until eight at night, Peggy and the other political prisoners were allowed to walk the corridors freely. However, Peggy often stayed in her cell, on her upper bunk and drew pictures of black women who danced in their prison garb. She also wrote free verse poetry about her past loves; she was on her twelfth and hoped to have her book of poems published. On November 28, 1917, Peggy was released along with Dorothy and they took a train back to New York.

In January 1919, aspiring writer Malcolm Cowley returned from World War I and, later that year, married Peggy Baird Johns, her second marriage. They returned to New York to start his writing career and lived at 107 Bradford Street. During this time, Dorothy expressed her thoughts on abortion because her child was unwanted by her lover, Moise. Peggy told her to keep the child because she “would ‘give anything in the world’ to have a baby of her own, but she was incapable of having one.” A few months later Dorothy decided to abort her baby.

From 1921 to 1924, Peggy and Malcolm lived in France and in 1924, they moved back to New York to their new apartment on Staten Island at 25 Bank Street. In 1925, Malcolm started to have an affair with Dorothy’s younger sister, Della. The affair continued for three years until Della married Franklin Spier. In 1931, Peggy and Malcolm got a divorce and on July 31, 1931, Peggy moved to Mexico. She fell in love with an old friend of hers, writer Hart Crane. When he died, she married “Doc” Feyling and they lived in Washington until he died in 1950 from excessive drinking. Finally, she met Howard Conklin and went to Atlanta until 1952.

In 1952, Howard Conklin and Peggy Johns returned to Staten Island and lived near the Peter Maurin Farm. In 1952, Dorothy and Peggy resumed their friendship. On April 24, 1963, Peggy wrote Dorothy, “We were evicted, with Howard [Conklin] carted back to the hospital and everything else thrown in the street, except the two cats.” Howard died shortly after and she lived with Dorothy until her death. On April 1967, Dorothy wrote about the progress of Peggy’s cancer, for at this time Peggy could not eat solids. Peggy drank two 3 oz. glasses of wine daily; one at noon and one at bedtime. In May 1968, she took on the Catholic faith at Tivolvi so she had a place to be buried. Malcolm Cowley came to see her baptism, along with his wife, Muriel Maurer and he thanked Dorothy for taking care of Peggy. In 1970, Peggy Baird Johns died from cancer on Dorothy’s farm. 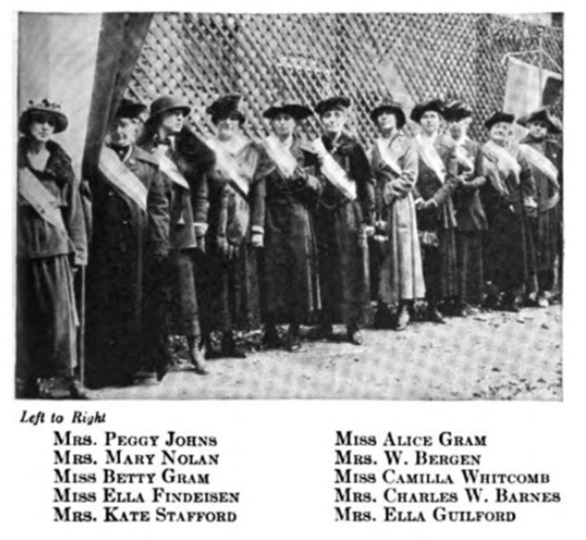