Gertrude Lynde Crocker was daughter to John T. and Eliza Lynde Crocker. Crocker began her college education at Vassar College, and was scheduled to graduate in 1907 but did not meet the course requirements to do so. However, Crocker was part of the University of Chicago graduating class of 1911, where she studied mathematics. Crocker lived at Illinois after graduation, and had a home in Hinsdale.

While she had an an interest in mathematics, Crocker switched her ambitions to suffrage, and her dedication convinced her sister Ruth Crocker to join woman suffrage as well, and they both moved to Washington, D.C. to support the National Woman's Party (NWP). In 1916, Crocker would solidify herself within the movement as she became the treasurer for the NWP.

Crocker was willing to go to jail for her convictions. She would serve three jail sentences due to her suffrage activities, and her first occurred in 1917, when she was jailed for 30 days alongside suffragists like Alice Paul for picketing the White House. Crocker was vocal about the poor conditions and treatment suffrage women received in these prisons, as she had letters written to her mother while imprisoned published in the Chicago Tribune. Crocker would go on to serve 10 more days in jail at the Occoquan Workhouse for picketing in 1917 as well, and later would serve three days in District Jail for watchfire demonstrations. Later in 1918, Crocker and forty-seven other women were arrested for attempting to hold a suffrage meeting without a park permit at the base of the statue of Lafayette, across from the White House.

After her suffrage activity, Crocker moved to Arlington, Virginia, where she was married, and then adopted a daughter, Ellen Crocker Banteet. Crocker owned and operated a shop named Little Tea House. At the time of her death in 1970, Crocker's will allocated $30,000 to various sources, with $5,000 of that going to Vassar College.

Vassar College holds a copy of Crocker's will, receipts for her donation, and a copy of her transcripts. The Chicago Tribune covered Crocker's involvement in the suffrage movement, including details regarding her arrests. Jailed for Freedom: American Woman Win the Vote, a book by Doris Stevens, has a small biography on Crocker's activities. The photo was found on the Library of Congress website. 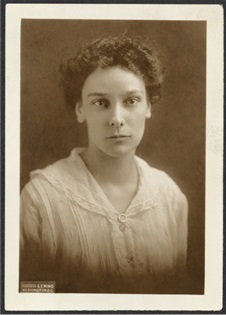 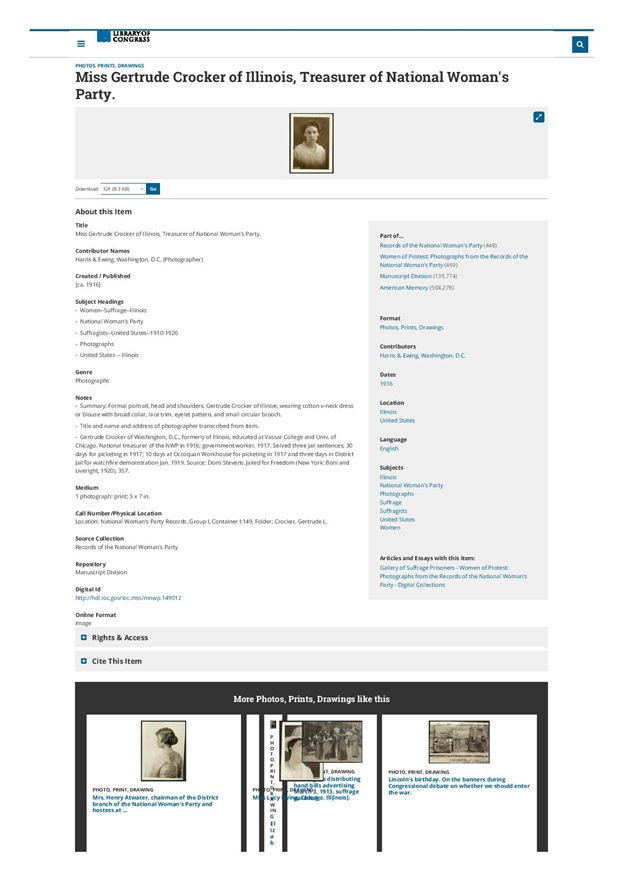 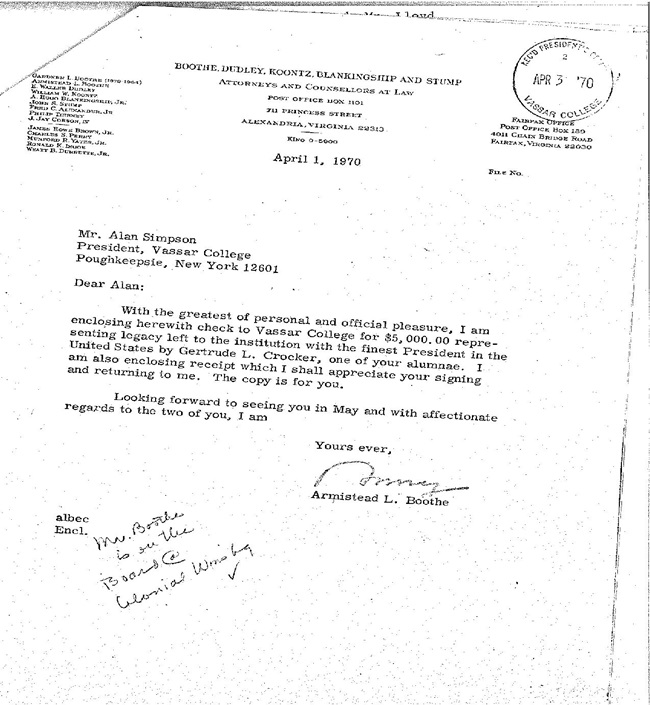 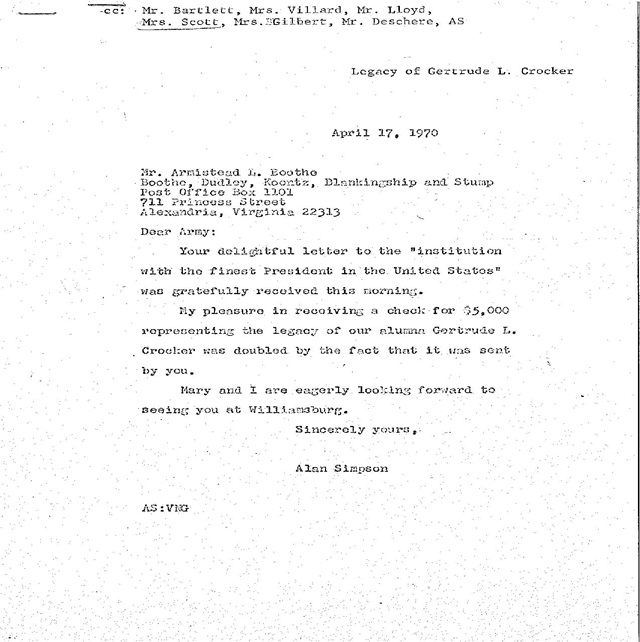 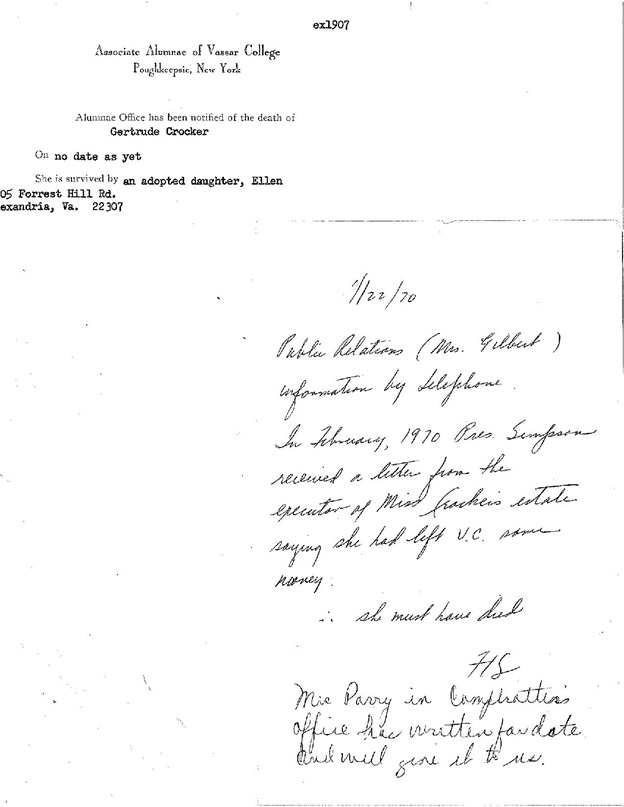 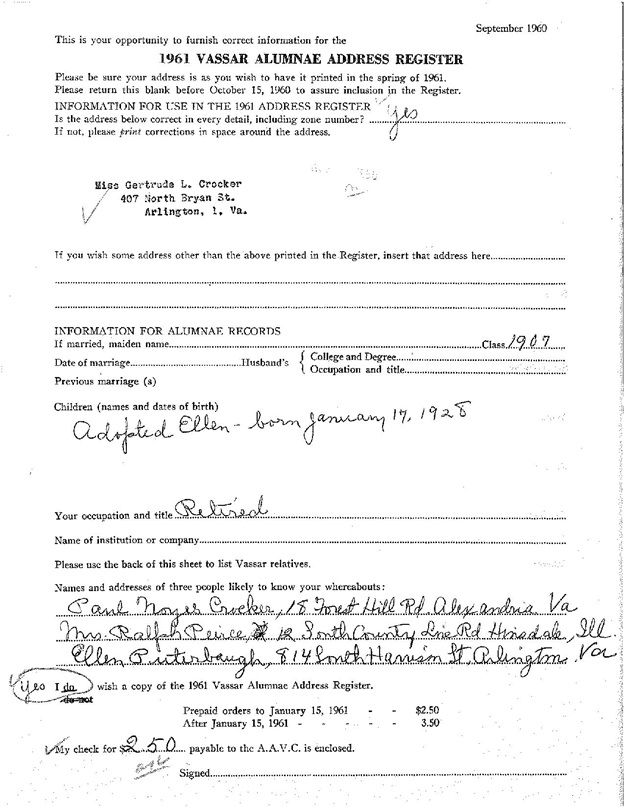 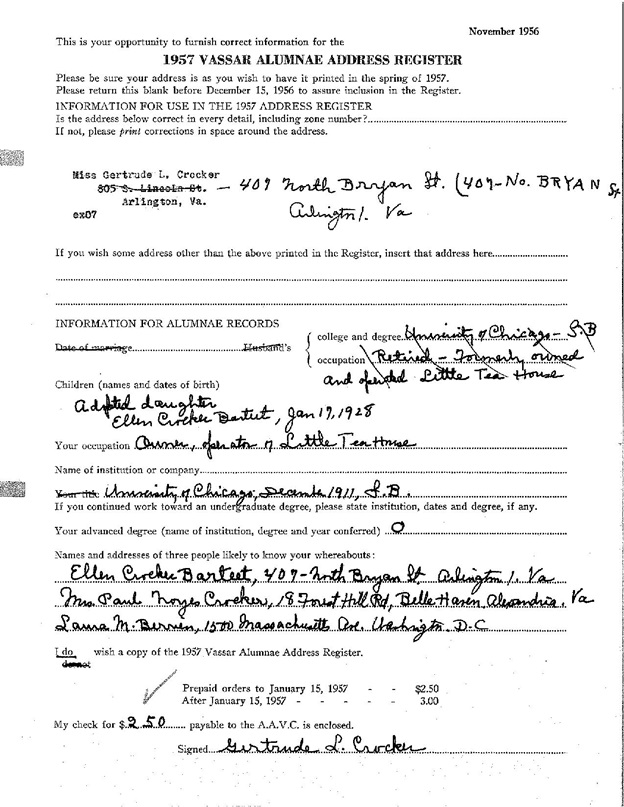 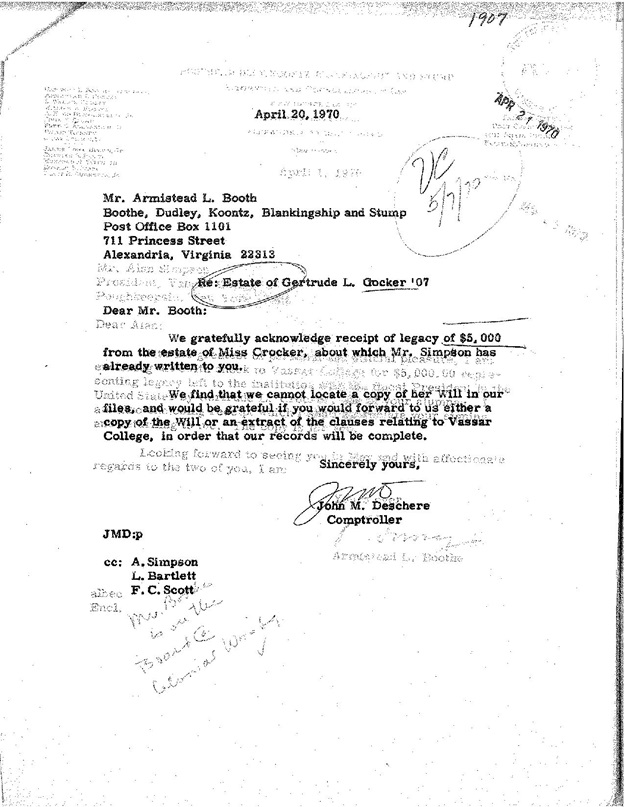 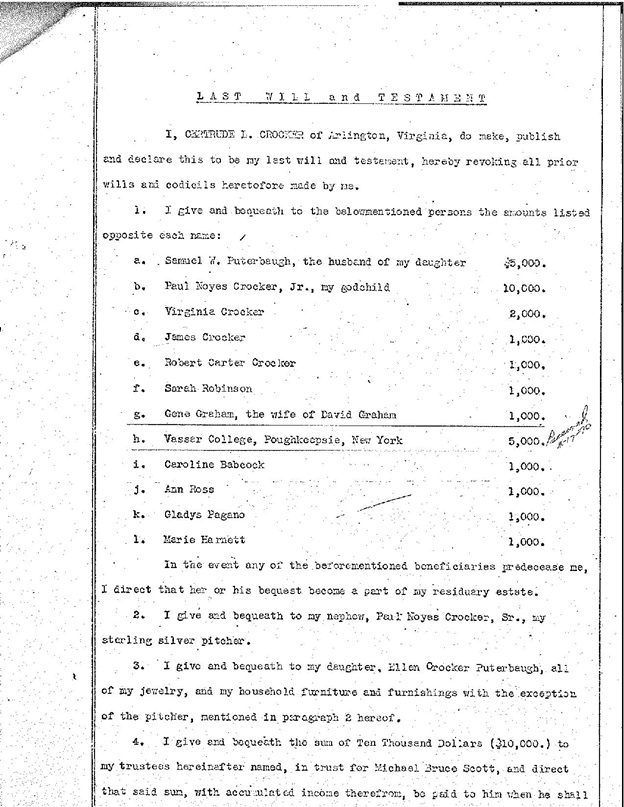