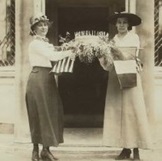 Ruth Elizabeth Crocker, born ca. 1883, was the daughter of Mr. and Mrs. John T. Crocker of 109 South Elm, Hinsdale, IL. Her father, John Crocker, was the purchasing agent for the St. Paul railroad in Milwaukee before moving to Illinois. The Crocker family was a distinguished family in both the Hinsdale area and the Chicago area at large. Gertrude was a standout student, attending Vassar and the University of Chicago. Ruth had a passion for music; but, after traveling to Austria, during WWI with her sister Gertrude, Ruth and her sister took up the suffragist cause. Gertrude was the treasurer of the National Woman's Party in 1916, and both Ruth and Gertrude worked for the government and lived in Washington DC. In 1917, they joined National Woman’s Party activists picketing the White House to pressure President Wilson to support a federal suffrage amendment. In April, August and again in September 1917, Ruth picketed and was twice arrested and served thirty days at Occoquan Workhouse. Ruth was a "voting woman" standing guard in front of the White House at the time of the April picket. She also spent three days in the District Jail for a demonstration in 1919. While both Ruth and Gertrude were suffrage activists, Mrs. Paul Crocker, their sister-in-law, was mentioned in the Chicago Tribune for spreading anti-Wilson fliers in the Chicago area.

Walking from the suffrage headquarters to the White House to picket in August 1917, Ruth was attacked and dragged by a group of men across the street. She was defended by Lieutenant Elmer Pindell. Both Elmer and Ruth's attacker, Norman Hicks, were arrested for disorderly conduct.

Both Ruth and Gertrude's suffrage efforts were noted in the Chicago Tribune because of their father's occupation and the family's wealth. The Crockers had two other siblings: a brother, Paul, and a sister whose married name is documented as Mrs. Ralph S. Pierce. Ruth died in 1932, and shortly after, her sisters debated how Ruth's death affected the family estate. Gertrude claimed that Ruth had willed her portion of the estate to her, but had also stated that she wished the estate to be divided equally between siblings. This legal debacle documented by the Chicago Tribune was high profile; the estate amounted to over $100,000.

John T. Crocker was extremely successful in the railroad business, and the Crocker family was written about in the Chicago Tribune. There was a special article written about Ruth and Gertrude's activism in the Tribune, noting that their parents were going to Washington D.C. to visit their "equal rights daughters." The Tribune also followed the estate disagreements after the death of Ruth.

Photos of the sisters were found on the National Woman's Party website. 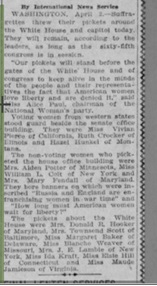 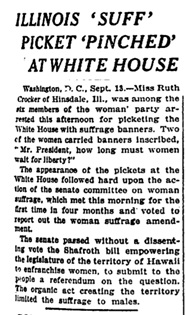 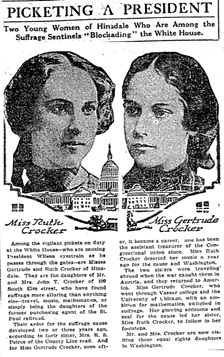 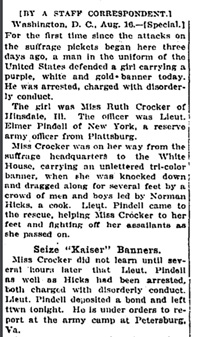 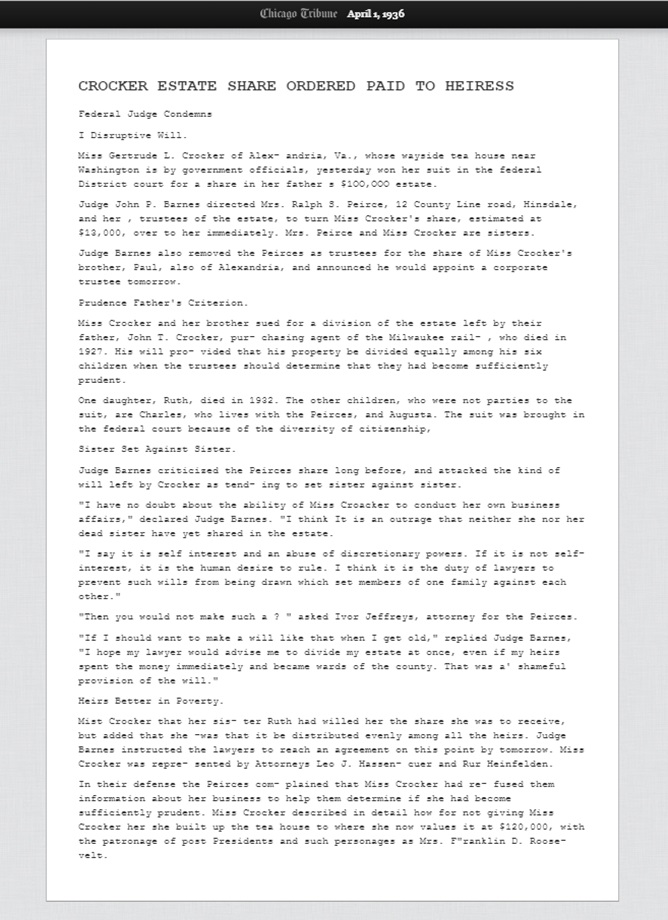