Shirley Dean Nevin was born in Easton, Pennsylvania on October 3, 1894. Her parents were George Balch Nevin, a famous composer of religious music, and Lilias C. Nevin. Music ran in the family as two of George's cousins were also noted American composers (Arthur and Ethelbert Nevin). Shirley trained in music and wrote poetry from a young age. One of her earliest published poems, "Old Trinity," appeared in the New York Sun in 1912 and was widely reprinted in newspapers and periodicals.

Shirley attended Easton High School and Wilson College before enrolling at Goucher College with advanced standing in 1915. She graduated with a degree in English in 1917. Her other academic interests included Latin, German, and History. While at Goucher she was active on the Editorial Board of the student literary journal and in class theatricals for which she wrote songs. She sang for the Glee Club and Choir. Her poems were frequently published in student publications.

After Goucher, Shirley spent a year teaching Latin and History at a high school in Hedgesville, West Virginia, and then worked as a clerk for the Federal Food Administration in Washington, D.C. from 1918-1920. In 1921 she accepted a job at Stanford University compiling its alumni directory. In 1922 Shirley returned to Easton and began a career as a librarian. She worked as an assistant librarian at Lafayette College before eventually becoming a children's librarian at the Easton Public Library. Of being a librarian, Shirley wrote that "if one delights in the feel of books, enjoys personal contact and interchange of ideas with stimulating people, is not afraid of hard work, (and doesn't expect to become a millionaire)" then she would "heartily recommend it as a delightful and broadening occupation."

As early as 1915, Shirley began publishing her musical compositions, arrangements, and lyrics with the Theodore Presser Company, Oliver Ditson, and other publishers. Her first published composition was a work for women's chorus entitled We are Fairies that used lyrics from British poet Leigh Hunt. Like the musical compositions of her father, many of Shirley's published works were religious hymns. One such hymn was Heavenly Father, Hear Us which Shirley wrote and composed in 1920. She frequently collaborated as a lyricist with her brother, Gordon Balch Nevin, who was a well-known composer and organist.

Shirley Nevin never married and served as a librarian in the Easton (PA) Public Library for 29 years. She died in Allentown, PA in March 1982.

Details of Shirley's academic career and college activities are found in her Alumni Individual Record (Special Collections & Archives, Goucher College Library) and issues of Donnybrook Fair, the college yearbook. News of Shirley's involvement in the College Day picket appears in the article: "Rebukes Goucher Girls," The Sun (Baltimore), 6 February 1917. A record of her early professional career can be found in Bulletin of Goucher College (Baltimore: Goucher College, 1929). Her writing on being a librarian appears in Goucher Alumnae Quarterly (Baltimore: The Alumnae Association of Goucher College, 1923). Her published compositions are documented in various issues of the U.S. Catalogue of Copyright Entries. 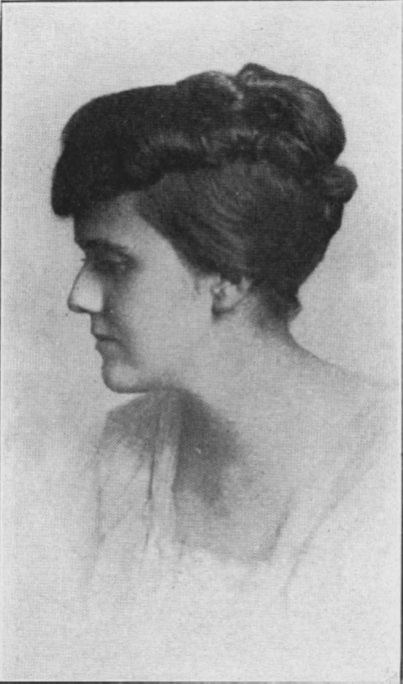