Pauline Forstall Colclough Adams (1874-1957), a leader of the woman suffrage movement in Norfolk, Virginia, was born in Dublin, Ireland on June 29, 1874 to Henry Vesey Colclough and Margaret Forstall, who were from Ireland and Scotland, respectively. Around the age of nine, she immigrated with her family to the United States and settled in Brunswick, North Carolina. On April 18, 1898, Pauline married Walter Jones Adams, a prominent physician and Navy doctor from Norfolk, Virginia, and a descendant of Samuel Adams. The couple settled in Norfolk where Walter set up his practice and Pauline bore three sons, two of whom survived infancy.

Pauline became an active member and officer in several organizations in her community shortly after her marriage. She was a member of the Housewives' League and head of the Jamestown Esperanto Club. Additionally, she served as treasurer of the Woman's Jamestown Organization, helped to plan the tercentennial celebration of Jamestown in 1907, and edited The Jamestown Bulletin. Adams was a fervent supporter of American involvement in the Great War, selling war bonds and joining the Women's Home Guard.

Adams helped organize the Norfolk Equal Suffrage League, which formed on November 18, 1910 during its first meeting at her home, and served as its president for two terms, though she was elected to serve three. The League originally affiliated with NAWSA, but when Alice Paul broke away to form the Congressional Union (CU), Adams, favoring more militant tactics, changed the Norfolk League into the Virginia branch of the CU, later the National Woman's Party (NWP) in 1916. When Mrs. Sophie G. Meredith became chairman of the Virginia branch, Pauline was elected as 1st Vice-Chairman, the chairman to the second district of Virginia, and the official reporter for the branch when the CU held its first national convention in 1916 at its headquarters in Washington, D.C.

As the Virginia branch of the CU grew, Adams began to become heavily involved in demonstration efforts in the nation's capital. Her most notable arrests included September 4, 1917, when she picketed the White House during the Draft Parade led by President Wilson, causing her to be sentenced to sixty days in Occoquan Workhouse, and February 9, 1919, when she carried a banner in the final "Watchfire" demonstration and later helped other suffragists burn President Wilson in effigy in an urn outside the White House. When she was tried for the latter incident, she was released on account of lack of evidence. In 1917, Adams tried to appeal one of her cases, but it ultimately failed. Adams was also a frequent participant in the several "Lafayette Demonstrations" in Lafayette Square outside the White House. At these events, NWP members met at the base of the statue of the Marquis de Lafayette in the square to protest Democratic inaction on the suffrage amendment.

Adams's gruesome experiences in jail were noted in newspaper accounts and letters that she wrote back to her family from her cell. In these documents it is evident that she was imprisoned at the same time as Alice Paul and was utterly disgusted with the horrendous living conditions in prison. Her experiences led her to become an ardent supporter of prison reform. In late February 1919, Adams was a speaker on the "Prison Special" which toured around the country and encouraged women to take action for suffrage. She was one of 166 women who received the "Prison Pin" in 1920 for her sacrifices on behalf of the cause.

In 1921, Adams passed the bar exam and became one of the first female lawyers in Virginia, helping women get divorces from their husbands and become more involved in civic life. Later in her life, she enjoyed traveling the world and supported efforts for women's equality. She was widowed in 1939 and passed away on September 10, 1957 from myocardial failure. She is buried in her family plot in Elmwood Cemetery in Norfolk. 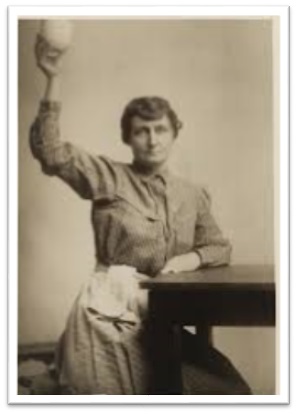 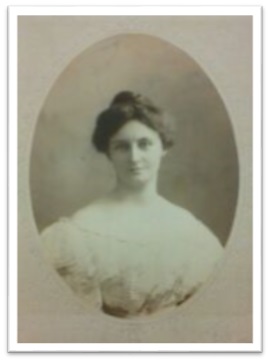 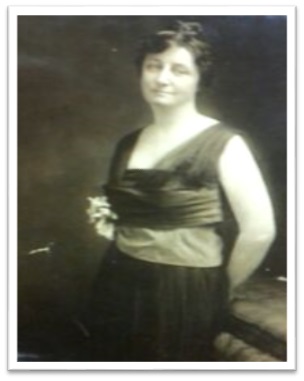