Mildred Louise Gilbert was born on July 12, 1890 in Des Moines, Iowa to Edna A. and William B. Gilbert. She moved with her parents to Sausalito, California and in 1910 began attending Stanford University where she studied interior design. Gilbert was a member of Gamma Phi Beta and a founder of the Women’s Press Club at Stanford.

Around the time of her graduation from Stanford in 1915, Gilbert attended a dance in San Francisco that was located in the same building as the headquarters of the National Woman’s Party. At the event, Gilbert met Doris Stevens who recruited her to the cause. Working alongside Stevens and other members of the NWP, Gilbert delivered speeches and participated in pickets against the reelection of President Wilson.

In October 1916, Gilbert picketed a speech given by Senator James Hamilton Lewis in San Francisco who praised Wilson’s policies. Later that month, Gilbert traveled to Sacramento to participate in a luncheon where Inez Milholland spoke as a representative of the NWP. In November 1916, Gilbert traveled to Washington, D.C. to participate more actively in the lobbying efforts of the NWP. President Wilson delivered a speech to Congress on December 4, 1916 and Gilbert was among a group of NWP women who arrived early to sit in the gallery. After Wilson began his speech the women, interrupted him by unfurling a banner that read: “MR. PRESIDENT, WHAT WILL YOU DO FOR WOMAN SUFFRAGE?” The startled President stopped, stared, and then continued his speech as policemen scrambled to remove the silent protestors.

Gilbert continued picketing, speaking and organizing on behalf of the NWP over the next year. She had the honor of being a member of the first suffrage picket line leaving the National Woman's Party headquarters to march to the White House gates on January 10, 1917. In the summer and fall, Gilbert served as a national organizer for the party traveling around the country. After Wilson announced his support for the Suffrage Amendment nearly a year later in January 1918, Gilbert picketed the Senate Office Building demanding the Senate pass the Suffrage Amendment. Gilbert continued to remain active in the NWP, serving as membership chairman.

After returning home to Sausalito, Gilbert was an active member of her local community working with the Sausalito Women’s Club, the Red Cross and a member of the Christian Science Church. In October 1920 Gilbert left San Francisco for a trip to Japan, China and Hong Kong on the steamship “China.” Shortly after her arrival she married Robert Alastain Macfarlane, a former resident of Sausalito. In 1921, Gilbert’s mother received a telegram notifying her that her daughter had passed away in China. Gilbert was thirty years old.

Read more about Gilbert’s early work with the NWP in “Western Recruits Come to Washington,” The Suffragist 49, no. 4 (December 2, 1916), 8. A photograph and short paragraph about Gilbert appeared in “Finds Lobbying More Fascinating than Decorating,” The World News, December 13, 1916, 6. A brief biography of her life was included in “Mildred Macfarlane dies in China, Sausalito News, December 17, 1921, 1 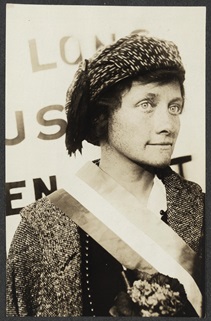 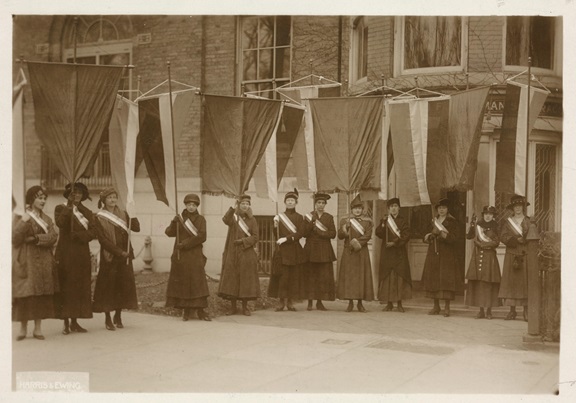