Maud Powell Jamison (1890-1974) was an early member of the National Woman's Party and part of the first group that picketed the White House in 1917. She was born in 1890 in Texas to parents Benjamin G. Jamison, an electrical machinist, and Mary E. Jamison, who were originally from Georgia and Mississippi respectively. Maud grew up the eldest of four children in Norfolk, Virginia. Jamison attended school only until the 4th grade, yet surprisingly she eventually became a teacher, school principal, and businesswoman. In her youth she was a radical activist for women's suffrage, a fervent supporter of the Congressional Union (CU) which later became the National Woman's Party (NWP).

By 1916, Maud was a prominent member of the Virginia branch of the CU and was elected secretary to the new "Norfolk organization," a wing of the Virginia branch. Later the same year, Jamison ventured to Washington, D.C. as a volunteer for the NWP. On January 10, 1917, she marched from the NWP Headquarters to the White House gates with 11 other women to participate in the first-ever White House picket line organized by Alice Paul. Maud became an avid picketer in the years 1917-1919, demonstrating at the White House numerous times. She was imprisoned for her activism on at least four separate occasions.

Several firsthand accounts of her involvement note that she was subjected to violence on the picket line, including being "knocked senseless" by a police officer and being "struck and dragged along [the] sidewalk".[1] After her first imprisonment in June 1917, she and a handful of other women were labeled as "martyrs" by the NWP, and the staff at headquarters even held a celebratory breakfast at Camden House in their honor and paraded them through the streets of Washington, D.C. upon their return. She also participated in demonstrations such as the October 6, 1917 picket of the "emergency" Congress and the October 15, 1917 demonstration against the Senate for not passing a federal suffrage amendment. For this demonstration, she was sentenced to 7 months of confinement, though she was released from the District Jail after 44 days. She was also imprisoned for 5 days after participating in a protest on February 9, 1919, in which she and other suffragists burned President Wilson in effigy and copies of his speeches in a large, flaming urn, as a part of one of the infamous "Watchfire" demonstrations.

Jamison also participated in many other aspects of suffrage activism. In early 1916, she helped pass out copies of the CU/NWP publication, The Suffragist, at the organization's national conference along with Mrs. W. T. Burch. On December 25, 1916, she attended the funeral of Inez Milholland Bossavein in a large gathering of women at the Capitol in Washington, D.C. Jamison was additionally noted for her beautiful singing voice. During her first imprisonment, she and four other suffrage prisoners performed a musical number to lift the spirits of the inmates, though they were directly taken to solitary confinement afterwards. Jamison also became an assistant treasurer to national NWP treasurers Mary Gertrude Fendall and Joy Webster in 1917 and was noted for being extremely hardworking - "[working] long hours every day keeping straight the endless and important detail in receiving and paying out funds of the Party."[2] In 1918, she gave a speech at one of the many "Lafayette Demonstrations" at the base of the statue of Lafayette across from the White House.

By 1935, Jamison had moved to San Gabriel, California and resided in a boarding house. Jamison passed away in 1974 around age 84. She is now buried in Rose Hills Cemetery in Whittier, California, though her name is mentioned on a headstone beside her sister Ruth in her family's plot at Elmwood Cemetery in Norfolk, Virginia. 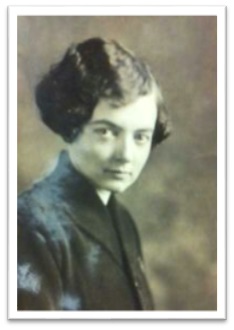 *Maud Jamison is the 4th suffragist from the left in this photo.*

Katzenstein, Caroline. Lifting the Curtain: The State and National Woman Suffrage Campaigns in Pennsylvania as I Saw Them. Philadelphia: Dorrance, 1955.

"A Congressional Investigation of the Lawless Attack on the Suffrage Picket Demanded." The Suffragist. V.83 (1917): 5.