Mary VanMeter was born October 12, 1858 in Philadelphia, Pennsylvania. She was the eldest child of Joseph E. VanMeter and Catherine B. Trucks. Of the five VanMeter children, three survived to adulthood: Mary and two of her brothers. A younger brother and sister died in infancy during the Civil War. The family resided at 75 Cherry Street in Philadelphia.

Mary was educated at The Everton Seminary in Whitemarsh, Pennsylvania. Her instruction there included studies in basic education as well as religion.

In 1884, Mary married Edwin C. Grice, also of Philadelphia. The newly-married couple moved to Riverton, New Jersey where Mr. Grice had employment with a manufacturing company. The couple resided in a large Victorian home located at 208 Broad Street in Riverton, New Jersey, a gift of Mary's parents. This home is today the site of the Riverline Inn and is included in the New Jersey Women's Heritage Trail listing of historically significant sites for women in New Jersey.

While residing in Riverton, Mary founded and organized the Riverton Porch Club in 1890. The club was organized for local women to read about, discuss and study important subjects of the day, particularly those involving social problems. Mary became the first elected President of the Club and is still honored by the club as its founder. The Riverton Porch Club is still in existence.

Although Mary and Edwin had no offspring, Mary was greatly interested in the welfare and education of children. As part of their involvement in social issues, the Porch Club started a free kindergarten to help children attain a good start in school. At that time kindergarten was not a part of the public schools. A vocal critic of the education system, Mary went on to become a member of the local school board at a time when women were rarely allowed to participate. Although her initial bid for election to the School Board failed, she persevered and was elected on her second attempt. She was influential in establishing the New Jersey National Congress of Mothers and went on to serve as Secretary to the National Congress of Mothers, the founding organization of what is now known as the Parent Teacher Association (PTA). Mary Grice was the first elected President of the New Jersey PTA, serving in this capacity 1900-1904. As a member of the National Education Association (NEA), Mary attended the 49th Annual Meeting of the National Education Association in San Francisco, California in 1911.

In 1904, the Grices moved to 3308 Arch Street in Philadelphia where Mr. Grice was promoted to the new company headquarters of his employer. They resided in an area known as Powelton. It was here that Mary became involved in women's suffrage. Initially she was active in the Equal Franchise League. Later she joined the Congressional Union for Woman Suffrage, the forerunner of what became the National Woman's Party organized by Alice Paul. Mary Grice was listed as the Vice Chair of the National Advisory Council of the National Woman's Party in their newsletter, The Suffragist, in January 1919.

Mrs. Grice continued her involvement in children's welfare and was appointed as superintendent of the Mother Building at the Jamestown Exposition in 1907, commemorating the 300th anniversary of the founding of the Jamestown colony. The Mother Building was part of the overall exposition and was set up to provide for care of children while their parents attended the exhibition.

Mary was a published author with works including: Home and School United in Widening Circles of Inspiration and Service (1909); articles in the newsletter of the Philadelphia League of Home and School Associations; and Peace on Earth—Three Times (1915). She was working on a new book, Tunnels to the Light, at the time of her death in 1936. 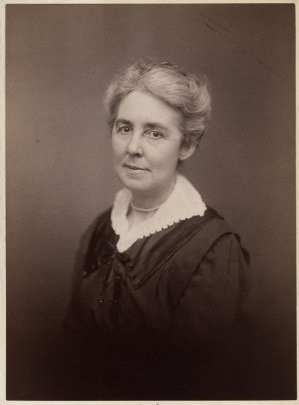 Mary Van Meter Grice was first president of the New Jersey Branch of the National Congress of Mothers.