Lucy Engel Graves was born in Cleveland, Ohio on July 25, 1895 to Clara Walter and Herbert Cornelius Graves. Lucy attended Goucher College from 1913 to 1917 and graduated with a degree in Biology. While at Goucher she took on leadership roles in the Social Service League, student government, and the Southern Club. She was also a member of the field hockey team, a participant in theatricals and was elected to Phi Beta Kappa.

In February of 1917 she traveled to Washington D.C. to participate in the “College Day” women’s suffrage picket outside of the White House organized by the Congressional Union. Goucher students had been forbidden by college President William W. Guth from participating in the picket because he viewed the action as an unnecessary spectacle and burden upon President Wilson in a time of international political turmoil. Despite President Guth’s ban, approximately thirty students chose to participate in the picket as individuals. President Guth later reproached the students for their participation.

After graduation Lucy accepted the Woods Hole Scholarship for summer study at the Marine Biological Laboratory in Woods Hole, Massachusetts. At Woods Hole she met William Hay Taliaferro, an assistant instructor in Lucy’s course on invertebrate zoology. Lucy and William were both engaged to other people, but they spent the summer in flirtation. Their closeness did not go unnoticed. In correspondence related to the writing of William’s biography, Lucy quoted a Dr. Allee as saying, “Taliaferro, in previous years, the Goucher bunch have always seemed intelligent, but this year they seem to need all your attention while I have to instruct the rest of the class.”

After Woods Hole, Lucy spent the next year teaching science at a high school in Alexandria, VA. Then, in 1918, Lucy went to work for the army abstracting German articles on gases as a chemist-clerk in the Gas Defense Division of the Chemical Warfare Service. She reunited with William after being transferred to New York City while he was serving in the army. They soon disengaged from their previous fiancés and became engaged to each other.

Lucy and William married on June 6, 1919 and bought a home in Roland Park near Baltimore. That same year she enrolled at the Johns Hopkins University School of Hygiene and Public Health, where William had just completed his degree and was a member of the faculty. At Johns Hopkins she worked as a technical assistant in the department of medical zoology before her graduation with a Sc.D. in 1925. Lucy, in partnership with her husband, published her first paper in 1922 on “The Resistance of Different Hosts to Experimental Trypanosome Infections.” She published her thesis on “Infection and Resistance in Bird Malaria.” After Lucy’s graduation she and William moved to Chicago where he had accepted a position as Professor of Parasitology at the University of Chicago.

Lucy worked as a research associate in her husband’s lab. They were partners in work and together published over 100 scientific works. For over 30 years they traveled around the world doing research on tropical parasitology. Some of their most notable work was done on ten three-month trips to Central and South America. During World War II they did special work studying the mechanism of quinine as an antimalarial. Lucy and William taught a course on parasitology along with Lucy’s former Goucher classmate, Frances Coventry. Despite her scientific contributions and many publications, Lucy was not paid by the University, even when she achieved the rank of assistant professor.

In 1960 Lucy and William retired from the University and moved to Illinois to study ionizing radiation and its impact on immune response at the Argonne National Laboratory in Lemont. While at Argonne, Lucy and her husband coauthored their book Radiation and Immune Mechanisms (1964). Lucy and William retired again in 1969, although they remained engaged in research and writing throughout their lives. Lucy died on December 22, 1984 and was buried with her husband in Virginia.

Lucy’s college activities are documented in her Alumni Individual Record (Special Collections & Archives, Goucher College Library) and issues of Donnybrook Fair, the college yearbook, between 1916 and 1918. Her involvement in the College Day picket is documented in the Christina Flint Alumni Individual Record (Special Collections & Archives, Goucher College Library). A record of her early professional career can be found in Bulletin of Goucher College (Baltimore: Goucher College, 1929). Information about her parasitology career and married life can be found in the Lucy Graves Taliaferro, Sc.D. Oral History Interview by Monroe M. Vincent for the National Library of Medicine, Bethesda, MD, The Biographical Dictionary of Women in Science: L-Z (Routledge, 2000) and in William Hay Taliaferro 1895-1973: A Biographical Memoir (National Academy of Sciences, 1983). 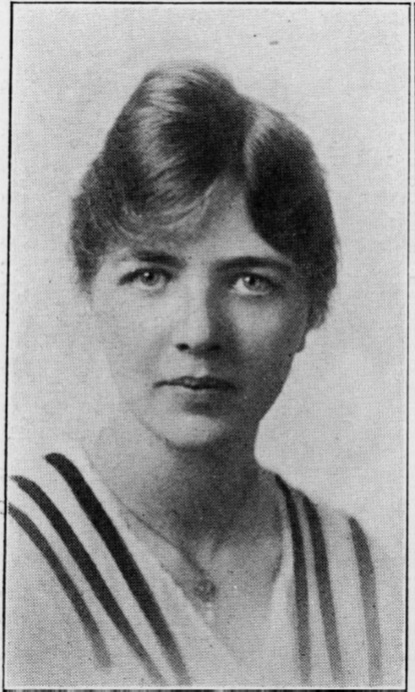 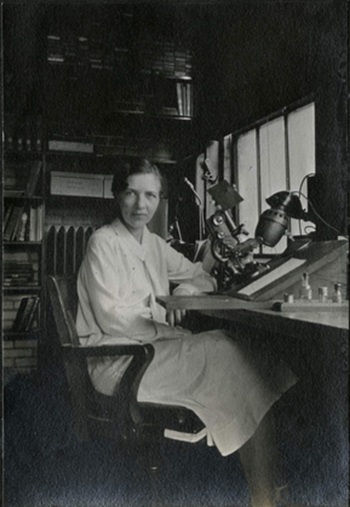