Born on November 27, 1889, in the coal town of Shamokin, Pennsylvania, art student Kathryn “Kate” Cleaver Heffelfinger was the daughter of Elmer and Kate (Cleaver) Heffelfinger. In 1917 young Kate Heffelfinger joined the militant suffragists of the National Woman’s Party (NWP) organized and led by Alice Paul. Heffelfinger received three jail sentences for picketing and demonstrating near the White House.

On October 6, 1917, police arrested Heffelfinger and eleven others including Alice Paul for “blocking traffic” in front of the White House. Heffelfinger’s participation as a Silent Sentinel targeted her for a six-month sentence in the District of Columbia Jail, beginning on October 16. According to Heffelfinger’s affidavit dated December 14, 1917, jail personnel placed her in a cell on the third floor. She and other incarcerated suffragists lived in filthy conditions with poor ventilation and received rancid food. They could not purchase better food and were not allowed communication from family and friends. Heffelfinger took part in the hunger strike orchestrated by Lucy Burns and Alice Paul. She was subsequently force fed along with other suffragists who participated in the hunger strike. Shortly after her force feeding, Heffelfinger managed to smuggle the following note out of the jail:

Three times a day for fourteen days Alice Paul and Rose Winslow have been going through the terror of forcible feeding. I now know what that torture is-- the horrible gripping and gagging of swallowing six inches of stiff rubber tubing. Such a strain on the nervous system is not to be imagined. That over, there is the ordeal of waiting while liquids are poured through, then the withdrawal of the tube.

Between May 21 and May 26, 1918, Heffelfinger worked as an NWP organizer of Congressional District 7 in Charlottesville, Virginia. On May 23 local suffragists held a meeting in a hotel parlor and passed a resolution favoring a federal suffrage amendment. That evening Heffelfinger and three women from NWP headquarters spoke at a street meeting. The following week she was in Bristol, a city situated on the border between Virginia and Tennessee. There she organized Congressional District 9 and held five meetings with more than 650 in attendance. In August 1918 Heffelfinger participated in a demonstration in Lafayette Square in Washington, D.C. and was arrested and sentenced to fifteen days. The following January she was sentenced to five days for her participation in a watch fire demonstration.

After her participation in the NWP, Heffelfinger returned home where she lived as a single woman. It is reported that Heffelfinger suffered from progressive mental illness and was deemed “Crazy Katie” by her neighbors. She was forcibly admitted into Danville State Hospital after throwing a rocking chair through her neighbor’s window in an attempt to save a screaming child she believed was being raped. The child’s mother later reported her daughter was simply having her hair washed. Heffelfinger was held in Danville Hospital until her death on September 1, 1958 at the age of 68. 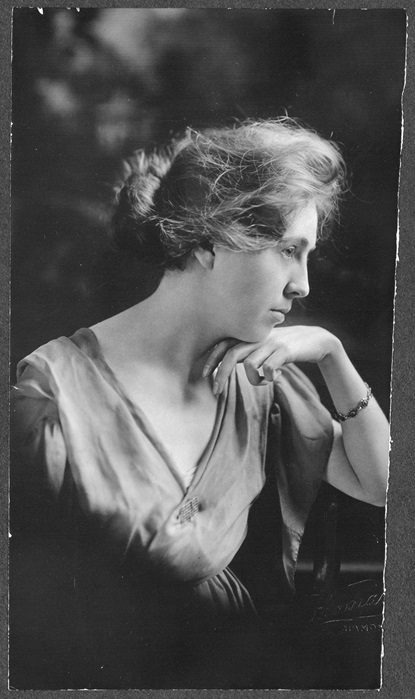 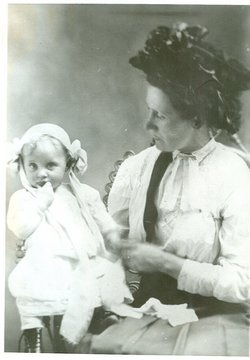 (baby Kate and her mother Cora) 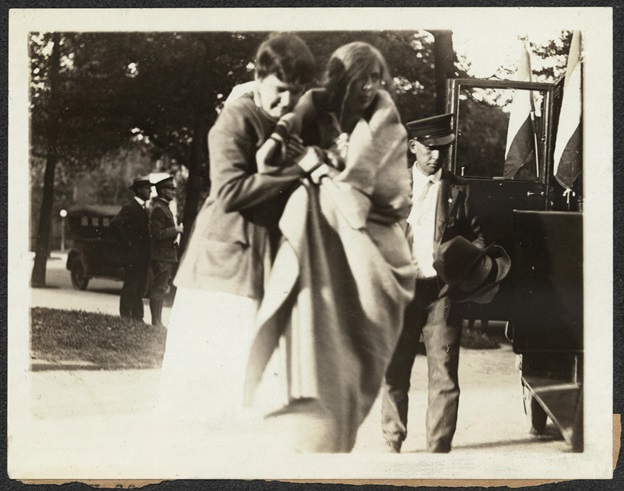