Elizabeth Glendower Evans was an unlikely advocate for the poor and downtrodden. She was born in 1856 to a conservative and well-placed Boston family, and later inherited a substantial estate from her grandfather. As such, Evans was expected to marry well and do good works. When she married Glendower (Glen) Evans, a Harvard law student in 1882, she became part of his social circle, which included the intellectual elite of Boston, including the future Supreme Court Justice Louis Brandeis. Although Elizabeth lacked a college education, the cerebral discussions carried on in her home dramatically altered her view of society and her place in it. Her marriage was cut short when Glen died in 1886.

Evans never remarried, and in 1908 Brandeis urged her to go to England to learn how they were addressing problems associated with industrialization, such as unemployment and industrial accidents. There, Evans was exposed to socialists and came to agree with them that government programs were more humane and effective than the efforts of private charities, which tended to base their provision of assistance on the moral worthiness of potential beneficiaries.

Shortly after her return, she embraced the cause of women’s suffrage, something she had opposed before she went to England. Although Evans’s wealth and class guaranteed that she had a voice in the public sphere, she realized that her views on women’s suffrage were colored by her privileged position. The women in tenements and factories had no agency without enfranchisement. Despite Evans’s initial discomfort with agitating for reform, she joined the Chautauqua circuit to speak for women’s suffrage. In August 1913 she spoke at the founding meeting of the Woods Hole Woman’s Equal Suffrage League. The Library of Congress has a photo of Evans in an open car at a suffrage event, though the date and place are not specified.

In late 1913, Evans became aware of disharmony between the National American Woman Suffrage Organization (NAWSA) and the then-head of NAWSA’s Congressional Committee, Alice Paul. Evans became fascinated with Paul, even referring to her as “Joan of Arc.” In February, 1914 Paul persuaded Evans to lead a delegation of working women to an audience at the White House with President Woodrow Wilson. There they made their case for women’s suffrage. Although Wilson was sympathetic, the delegation left without a declaration of support. (See the document, “An Audience at the White House” in the document archive.) The dispute between Paul, her supporters and NAWSA deepened, however, and Elizabeth Evans ultimately wrote an examination of the issues for both sides (See “The Point at Issue.”) Ultimately, NAWSA expelled Paul, who started her own suffrage pressure group. Evans apparently decided to side with NAWSA, for there is no further record of her supporting Paul.

Elizabeth Glendower Evans was a frequent speaker in NAWSA campaigns during the 1910s.  She spoke on behalf of NAWSA is state campaigns in Michigan, Wisconsin, and Rhode Island as well as Massachusetts.

Evans united with labor in the Lawrence, Massachusetts textile mill strikes in 1912 and 1919. She understood that, as a shareholder in the mill, her participation would generate publicity for the workers’ cause. Not only did she walk in the picket lines, but she contributed to relief funds for strikers and bailed out many of those who were arrested.

In September 1920 the director of the recently formed American Civil Liberties Union (ACLU), Roger Baldwin, invited Evans to speak during a free speech campaign in Connecticut. Soon she became a member of the ACLU’s National Committee and remained one until her death. The ACLU and Evans found common ground in 1920 when both became deeply involved in the trial of Nicola Sacco and Bartolomeo Vanzetti, two anarchist Italian immigrants accused of murder. She helped fund their defense and became a personal friend of the two men and their families. Despite her support and steadfast belief in their innocence, the pair were found guilty in July 1921 and were executed in August 1927. Evans was devastated and her faith in American justice severely shaken. Nevertheless, her belief in civil liberties and commitment to justice continued for the rest of her life.

The Elizabeth Glendower Evans Papers are housed at the Schlesinger Library, Radcliffe Institute, Harvard University, Cambridge, Massachusetts. The collection includes a memoir, diaries, and correspondence. The Letters of Sacco and Vanzetti (Penguin Books, 1977) includes letters written to Evans by the two men. The Woods Hole Historical Museum has a collection of the Woods Hole Woman’s Equal Suffrage League with reference to Evans. 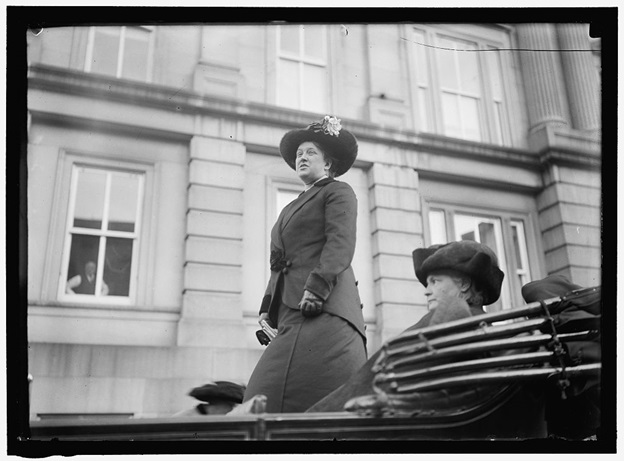 "Elizabeth Glendower Evans and Progressive Reform: From Minimum Wage to Sacco and Vanzetti and the American Civil Liberties Union, 1907-1938," a document archive in this database.