Dorothy Gertrude Sterne was born on August 12, 1895 to Anselm Sterne and Henrietta Smith. Anselm Sterne, a grocer and Confederate veteran, immigrated from Germany and helped to sponsor the construction of the Temple Beth El in Anniston, Alabama. Henrietta Smith Sterne was the first president of the Ladies Hebrew Benevolent Society in Anniston, which was later named in her honor, and a founder and teacher at several educational institutes in Anniston.

Dorothy attended school at the Noble Institute for Girls in Anniston. As a young woman she worked as a Sunday School teacher at Temple Beth El. In 1913 she moved to Baltimore to attend Goucher College, where she studied Romance Languages and was active in theatrical performances. Her classmates described “Dot” as “a dainty Southern artistocrat with love for things ‘Romantic.’”

After graduation she worked at a delinquent girls’detention home for the duration of the war and then as a stenographer. Around 1920, she returned to Anniston and lived with her siblings. She never married. Her family played a central role in Anniston politics and society and Dorothy was very involved in social and charitable work. She took on the role of president of the Anniston Little Theatre and was active in a number of organizations, including the Girl Scouts. During World War II she served as a volunteer in the Jewish Welfare Board of the USO and as a Gray Lady with the Traveler’s Aid Society. Throughout her life, Dorothy tutored adults and children in subjects including French and Latin. She was known as a generous host who counseled many of the student rabbis at Beth-El. After Goucher she remained dedicated to issues of women’s education and was a charter member of the American Association of University Women.

Dorothy continued her family’s tradition of philanthropy and dedication to social welfare. Over her lifetime she helped sponsor the renovation of Temple Beth El, where a social hall was dedicated to her, and was a major donor to the Carnegie Library and the coronary unit at Regional Medical Center. In 1969 Dorothy donated more than $35,000 to provide services for children in the community. Her initial donation established the Hobson City Child Development Center in 1970 and The Dorothy Sterne Charitable Trust has supported local projects in and around Anniston for decades.

Dorothy’s college activities are documented in her Alumni Individual Record (Special Collections & Archives, Goucher College Library) and issues of Donnybrook Fair, the college yearbook. Information about the Sterne family comes from the Southern Jewish History journal and the Goldring/Woldenberg Institute of Southern Jewish Life’s online Encyclopedia of Southern Jewish Communities. Details about Dorothy’s civic involvement in Anniston are found in articles in The Anniston Star and interviews conducted by Sherry Blanton, a local Anniston historian. 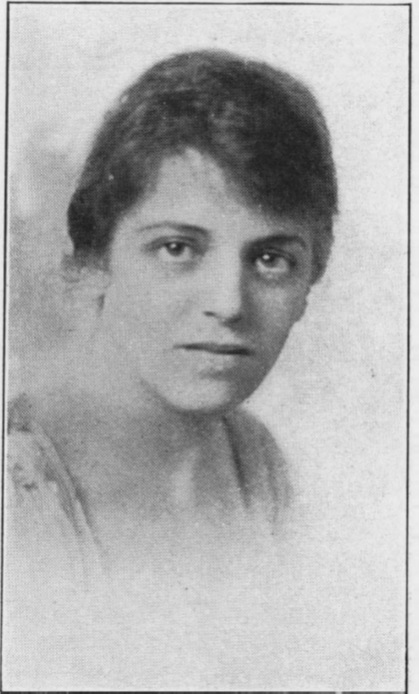