Clara Snell Wolfe was born in Milledgeville, Illinois on May 9, 1874 to Francis and Ellen Rosamond. After graduating from high school in 1891, she attended Illinois State Normal University (graduated 1898), Oberlin College (A.B. 1909), The Ohio State University College (M.A. 1926), and the University of California (around 1932). In 1906, she married Albert Wolfe in Milledgeville, IL and then moved to Ohio where Albert had accepted a teaching position at Oberlin College. While there, Clara received her Bachelor’s degree from Oberlin in 1909.

Clara’s first recorded position within the suffrage movement was as the Recording Secretary for the Ohio Woman Suffrage Association from 1905-1909, and during that time she was also a member of the College Equal Suffrage League. In 1911, she became the Corresponding Secretary for the Ohio Federation of Women’s Clubs, where she helped organize the Ohio suffrage campaign of 1912. Her work included visits to various women’s clubs all over the Midwest, organizing men and women in support of suffrage and collecting donations for the movement.

In 1914, Clara and Albert moved to Austin, TX where Albert had accepted a teaching position with the University of Texas. While in Austin, Clara founded the Texas branch of the National Woman’s Party, (NWP), becoming their first president. In Texas, Clara and her organization put pressure on federal officials to support the constitutional amendment for suffrage, and was mentioned in Inez Haynes Irwin’s The Story of the Woman’s Party as being hot on the trail of Senator Culberson looking for his support. After Congress passed the 19th Amendment in 1919, Clara Wolfe and other Texas suffragists lobbied Texas legislators to ratify the amendment, which happened on June 28th, As first vice chairman of the NWP, Wolfe then focused her efforts on fundraising to support ratification efforts in other states.

In 1923, Clara and Albert moved back to Ohio where Albert had accepted a position teaching at The Ohio State University. While there, Clara got her M.A. from The Ohio State University with a thesis titled An Examination of the available prose works of Sir Walter Scott for traces of Spanish, particularly of Don Quixote. In 1932, she was listed as a graduate student studying French at the University of California-Berkeley, living in California while Albert continued to teach in Ohio. They both continued to be active in women’s rights movements throughout their life, and Clara travelled all over the country speaking about the Equal Rights Amendment, the major initiative of the post-suffrage NWP. In 1938 an article published in the Nevada State Journal announced a speaking engagement at the Elko Women’s Club in Elko, NV, and in 1939 The Sunday Morning Star announced an event she was scheduled to speak at in Wilmington, DE.

Clara continued to play an active role in the leadership of the National Woman’s Party as well, being elected to Second Vice Chairman in 1942 and then Executive Council Vice Chairman in 1949 under the leadership of Alice Paul. In addition to their involvement with the women’s movement, Albert and Clara were also heavy supporters of university education, sponsoring a scholarship at Oberlin College from 1962 to 1971. Albert died in 1967 and Clara in 1970, both in Columbus, OH. 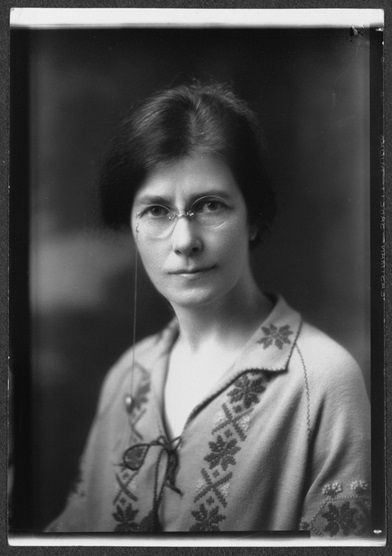