Amelia Himes Walker was born in New Oxford, Pennsylvania on July 24, 1880 to William and Katherine Himes. She had an older and a younger sister, as well as a younger brother. In 1898, Amelia Himes graduated from the York Collegiate Institute, before studying at Swarthmore College, at the time a Quaker-affiliated institution, the religion practiced by her and her family. She first met Alice Paul, who was 3 years behind Amelia at Swarthmore. She earned her degree as a member of the Class of 1902 and also joined a sorority, Kappa Kappa Gamma. At the age of 29, Amelia Himes married Robert Hunt Walker on June 4, 1910. The couple soon relocated to the greater Baltimore area, where they lived in Robert Walker’s family home with his widowed mother Lucy at 25 West Chase Street, before relocating to a house on York Road in Towson. Because the Walkers were considerably well-off, the latter home was nicknamed Drumquhazel and was included in Baltimore’s “Blue Book,” a bible for the socially prominent.

Soon, Himes Walker and her husband had three children, Talbott, Katherine, and Morgan, who usually went by Cooper. Robert Walker was a general agent who sold life insurance, while Talbott Walker later grew up to become a fan engineer and Katherine Walker found an occupation in artwork. Himes Walker, on the other hand, never held a job from which she earned an income. Instead, she became interested in charities pertaining particularly to children, among other causes. She was a member of multiple organizations including the Board of Managers of the Hollywood Summer Home for Children, the Just Government Equal Suffrage League of Maryland, the Society of Friends, the College Club, and the Board of Managers of the Friends School of Baltimore, which was established in 1784 on Quaker principles. Furthermore, Himes Walker often sang for charitable entertainments and loved athletics of all kinds, particularly tennis and riding. Of course, the cause that gained Himes Walker her most recognition was woman’s suffrage.

At some point, Himes Walker joined the National Woman’s Party and on July 14, 1917, she was arrested along with 15 other silent sentinels after five minutes of holding a banner that read “Liberty, Equality, Fraternity,” as part of the Bastille Day protest outside the White House gates. After a six-hour trial and witness testimony stating otherwise, the women were sentenced to 60 days in the Occoquan Workhouse on the charge of obstructing traffic, in order “to deter other women” from picketing. However, the arrests caused immense public outcry, and within three days, President Woodrow Wilson unconditionally pardoned the women.

A few weeks after her release, Himes Walker wrote an open letter to The Baltimore Sun, as she occasionally did, in response to a friend who called the silent sentinels “notoriety seekers and scatter-brained cranks.” Himes Walker wondered if her friend made an effort to speak with any of the quiet, dignified, courageous women, who were merely following Secretary of War Newton D. Baker’s advice to “fight for democracy at home as well as abroad.” Himes Walker accused inactive, indifferent, and selfish men of “resting on their laurels,” while women were out fighting for their rights. She said the women would continue to fight their “bloodless battle” with banners until they had justice.

Soon after, Himes Walker met with Secretary Baker to make cabinet and public officials aware of the suffrage situation. In January 1918, she held a series of meetings on Maryland’s Eastern Shore in the interest of the Suffrage Bill, proposed by President Wilson. Following the brutal treatment of the suffragists at Occoquan in November 1917, the following year, Himes Walker was among those awarded a Jailed for Freedom Pin, a small silver trinket in the form of a prison door with a heart-shaped lock, on behalf of the National Woman’s Party. Himes Walker later donated her pin to the Smithsonian Institution, where it is currently on display in the National Museum of American History.

During her later years, Himes Walker continued to be a prominent voice in women’s politics. She was once president of the Maryland Branch of the National Woman’s Party, and remained involved after she left the position. Himes Walker participated in a series of luncheons and dinners with topics urging jury service for women, industrial equality, and the passage of the Equal Rights Amendment. She was a frequent planner of the annual Susan B. Anthony birthday dinner, and one year took on Anthony’s role in a dramatization of her court trial. Apart from working for the National Woman’s Party, Himes Walker called for a hospital for Baltimore County and the creation of a waterfront park in Cherry Hill for the industrial section of Baltimore with facilities for bathing, basketball, tennis, and “trees, trees, trees!”

After securing 646 petition signatures, Himes Walker gained a spot on the independent ticket as the first woman to aspire for a seat in the Maryland House of Delegates from Baltimore County. Her platform sought to “equalize the laws of Maryland that discriminate against women because of their accident of birth,” although her bid was ultimately unsuccessful. Continuing to speak of behalf of the World Woman’s Party, traveling to London at one point, and the National Woman’s Party, Himes Walker never stopped trying to stimulate interest in the latter despite its weakening membership and failure to push through the ERA.

On August 26, 1953, exactly 33 years after the 19th Amendment was ratified into law, in her last majorly publicized act, Himes Walker led a celebration, which was small in numbers but high in spirit, in Washington, D.C. at the Capital crypt. In her speech, she remembered Susan B. Anthony, Lucretia Mott, and Elizabeth Cady Stanton as “notoriously beautiful,” and proclaimed that the mothers of the suffrage movement should continue to inspire women to work for their “complete civil and political equality.” Sometime later, Amelia Himes Walker relocated to Winter Park, Florida, where she died on July 19, 1974, just shy of her 94th birthday.

A record of Amelia Himes Walker’s schooling, marriage, organizational memberships, and personal interests can be found in John William Leonard, Woman’s Who’s Who of America: A Biographical Dictionary of Contemporary Women of the United States and Canada, 1914-1915, “Walker, Amelia Himes,” Family information and the occupations of Himes Walker’s husband and children can be found in the 1900-1940 federal manuscript census provided by Heritage Quest. Information on Himes Walker’s arrest can be found in Doris Stevens, Jailed for Freedom and The Suffragist, “The National Woman’s Party in 1917,” Issue 1 (January 5, 1918). Information on Himes Walker’s meetings on Maryland’s Eastern Shore and meeting with Secretary Baker can be found in The Suffragist, “Cabinet Officials Shocked at Prison Brutalities,” Issue 97, (December 1, 1917) and “Nation Makes an Insistent Demand on the Senate,” Issue 4, (January 30, 1918). Information regarding Himes Walker’s Jailed for Freedom Pin can be found on the Smithsonian Institution’s website for the National Museum of American History at http://americanhistory.si.edu/collections/search/object/nmah_516351. Editorials published by Himes Walker can be found in Proquest Historical Papers within The Baltimore Sun archives, in “Mrs. Walker Answers Mr. Farquhar,” August 9, 1917. For Himes Walker’s involvement in the Maryland Branch of the National Woman’s Party and World Woman’s Party, see The Baltimore Sun, “Club Notes,” January 31, 1917; “Women’s Party Group Convenes,” May 24, 1936; “Mrs. Millard E. Tydings Speaking at Luncheon,” April 2, 1939; “Club Notes: To Wage the Fight for Equal Rights,” November 8, 1936; “Club Notes: Susan B. Anthony Dinner,” February 7, 1937; “About Parks,” May 16, 1939; “Mrs. Walker to Speak,” March 17, 1946; “Norse Resistance to Nazis is Told,” February 16, 1941; “Armenian Dish Aids Politics,” June 21, 1948. Himes Walker’s candidacy for the Maryland House of Delegates can be found in The Baltimore Sun, “Mrs. Amelia Himes Walker to Run for Legislature,” August 28, 1938. For Himes Walker’s leadership of the 19th Amendment memorial march, see The Baltimore Sun, “Women Mark Equal Rights Anniversary,” August 27, 1953. For Amelia Himes Walker’s death see the Turning Site Memorial Suffragist of the Month for March 2014 at https://suffragistmemorial.org/suffragist-month/. 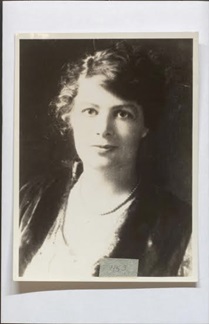 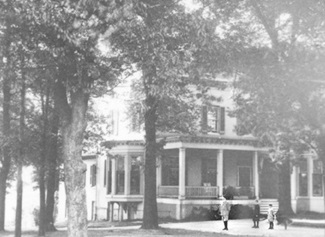