Susan Pringle Frost was born in Charleston, South Carolina on January 21, 1873. Born to parents Dr. Francis le Jau Frost and Rebecca Brewton Pringle, Susan was linked to many families in South Carolina. Dr. Frost became known for his service in the Confederate army, as well as being the son of honored Judge Edward Frost. After the war Dr. Francis started his own fertilizer company in Charleston.

Susan Pringle Frost was the second of five children. She, along with her other sisters, were educated in private school at the Institution of the Misses Sass of Charleston. Susan later graduated from St. Mary’s College at Raleigh, North Carolina.

Once her father’s fertilizer business began to fail, Susan began to work as a secretary to architect Bradford Lee. Lee was the designer for the South Carolina Inter-State and West Indian Exposition of 1901-1902. In May 1902, Frost worked as a stenographer for the U.S. District Court system. She remained in this position for sixteen years.

Before becoming involved in the woman suffrage movement, Frost pursued preservation. She entered the real estate market of Charleston by borrowing money for two properties on the oldest thoroughfare, Tradd Street. This was the beginning of her crusade to restore buildings often labeled as slums and Frost became known as the Grande Dame of the historic preservation movement of Charleston.

It was during her time as a stenographer that the concern of women’s issues became more popular. At the age of 41, Frost had never married, and quickly became intrigued and active in the women’s movement. After a visit from Lila Meade Valentine, who founded the Equal Suffrage League of Virginia, Charleston began a chapter of the League in South Carolina. Frost was named the first president of the Charleston Equal Suffrage League (CESL). She was considered to be one of the most controversial feminists of South Carolina in the time. Her family had resided in Charleston for eight generations and her activism was unexpected from someone of her social stature.

Frost and fellow realtor Eulalie Chaffee Salley were considered to be leaders in the final drive of the suffrage movement. Eulalie, like Frost, was a very controversial feminist. She had once boxed in a prize fight to raise money for the movement. She later spread pamphlets across the town of Aiken by hanging out of an airplane and releasing them. When Frost failed to align the CESL with Alice Paul’s National Woman’s Party, she resigned from the organization to form one of the three NWP branches in South Carolina. During the war years, Frost continued to campaign for suffrage along with Anita Pollitzer who would later head the national organization. Frost also participated in the picketing demonstration protesting President Wilson in Washington on August 28, 1917.

While Frost will always be remembered as a leader in the suffrage movement, countless buildings of Charleston will be constant reminders of her first passion in preservation. In 1920 Frost helped found the Preservation Society of Charleston when the Joseph Manigault House was threatened by the building of a gas station on the property. This society was one of the first, and now one of the oldest in the nation. This led to the nation’s first historic district in 1931 due to her promotion of zoning ordinances. Throughout the 1940s Frost served on the Board of Adjustment as zoning monitor. Her actions as a preservationist contributed to making Charleston a popular tourist destination.

On October 6, 1960 Susan Pringle Frost died. The Miles Brewton House was not only the birthplace of Susan, her siblings, and mother, but it became a preservation project and the home where Susan spent her final days. Through loans taken from a family friend, Susan ensured that the ownership of her birthplace remained in the Frost family.

Information on Frost and her work with both preservation and the women’s suffrage movement is found in the South Carolina Encyclopedia, online at www.scencyclopedia.org. Information about her life and death can be accessed online at findagrave.com. Further information on her actions during the womans suffrage movement can be found in an article of the Charleston Currents on February 9, 2015. Details of her preservation work in Charleston are found in Sidney Bland, Preserving Charleston's Past, Shaping Its Future: The Life and Times of Susan Pringle Frost (Westport, Conn.: Greenwood Press, 1994). 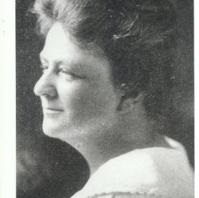