Marguerite Rosett was born in Baltimore, Maryland on June 1, 1900. Her parents, Adolph and Sophie Rosett, were both Russian natives. Mr. Adolph Rosett was a well-known physician in Baltimore, as well as his two brothers, Joshua and Vernon Rosett. Marguerite was the youngest of six children, Anetta, Paulina, George, Lean and Jerome Rosett. In 1910, Adolph and Sophie were divorced and their children resided with their mother in Baltimore. Sophie supported her children by running her own women’s hat shop in the city. Marguerite’s mother ran the shop, and her oldest daughters Anetta and Paulina both worked as milliners.

In 1914, Marguerite was only about 13 years old when her mother became involved in the suffrage movement. She participated in a “suffrage hike” from Baltimore to Annapolis, to present a suffrage petition to the state legislature. Marguerite followed in her mother's footsteps as she got older and was greatly involved and passionate about women’s suffrage. In January of 1919, after applauding at Sarah Colvin’s trial, the leader of the watchfire demonstration at the White House, Marguerite was first jailed with 3 other women for 48 hours. A month later, she served 5 days in District Jail for participating in the final watch fire demonstration. In February of 1920, the day before the Maryland House in Annapolis voted on ratifying the suffrage amendment, suffragists staged a “living picture” in the old Senate chamber, in which Justice and Maryland stood guard over the “women’s declaration of independence.” Marguerite represented blindfolded Justice and many members of legislature were led by suffragists to the building to view this “picture.” In February of 1921, Marguerite and her mother Sophie were awarded with the NWP’s iconic jail door pins for their participation in the picketing of the White House and the U.S. Capitol, as “The Maryland women who will be decorated for having engaged actively in the picketing operations.” In December of 1935, Marguerite was the chairman of the entertainment committee planning a Susan B. Anthony memorial birthday dinner, later held at the Southern Hotel in Baltimore, in February 1936.

Marguerite attended the Maryland Institute of Art studying costume design; however, she abandoned it for watercolor painting when she got married. In fact, after her involvement with the suffrage movement, Marguerite became a famous painter in Baltimore. Marguerite’s father painted as a hobby, which she took up as a young child. She was very artistic and creative throughout her life; she was involved in local theater, wrote poetry and short stories, collected inkwells and was quite successful in her painting career. Starting in the early 1940’s, Mrs. Marguerite Rosett Bishow presented one-man shows of her watercolors at art galleries, such as Argent Galleries in New York. A number of her watercolor paintings were also shown at the Enoch Pratt Library, Hilltop Theater School of Arts, the Peale Museum, and the Baltimore Museum of Art, where she was awarded the F.R. Huber Prize for her “Forgotten” piece in 1951. Mrs. Bishow was also a part of the National League of American Pen Women, Baltimore Branch in 1955. She was said to “show boundless energy, [and] enjoy chatting with people” at her art exhibits. Her paintings consisted of mostly landscapes; however, it was known that her paintings “aim towards personal symbolism.” In February of 1940, she described the painting process to a journalist from the Baltimore Sun who interviewed her: “relax and melt, and then all of a sudden I began.”

Records of Marguerite’s birth and death can be found in the United States Social Security Death index, https://familysearch.org/search/collection/results?count=20&query=%2Bgivenname%3AMarguerite~%20%2Bsurname%3ABishow~&collection_id=1202535.

Information about Marguerite’s artwork can be found in The Baltimore Sun:

Information about Marguerite’s husband in The Baltimore Sun archives:

Information on Marguerite’s suffrage involvement can be found in The Baltimore Sun archives: 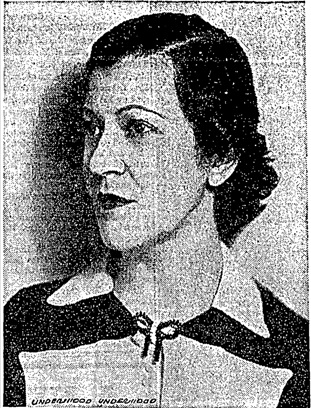 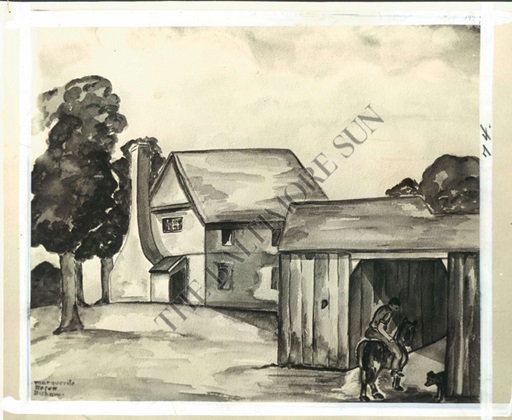