By Abhi Setlur and Jessica Stein

Edna S Price was born in New York in 1878, daughter of Alfred and Adella Price. By 1900 she had married and been widowed and as Edna Grow she was living once again with her parents in New York City. In 1901 she married George S. Latimer and by 1910 the couple lived in Baltimore, Maryland, with two children. George was employed as a sales manager. She became a suffragist involved in campaigning against President Wilson and national Democratic candidates. Latimer was part of the first group of Congressional Union organizers sent to partake in a political campaign.

In 1914, Alice Paul announced that the Democratic party was intentionally blocking a federal suffrage amendment, and outlined a proposed election program against them. Paul and her backers raised more than seven thousand dollars to meet the expenses of this campaign, and then selected organizers to be sent to the nine states where women were enfranchised.

On September 14, 1914, Latimer left Washington, D.C. as an organizer for Congressional Union for Woman Suffrage and traveled to Kansas City, Kansas. Once in Kansas, she began to campaign against Democratic congressional candidates. The goal was to make women’s suffrage a major political issue. During her first week in Kansas City, Latimer shared a podium with Teddy Roosevelt at a rally of 3,000 people.

From April through December 1915, the Congressional Union for Woman Suffrage sent organizers, including Latimer, into all states to plan conventions and establish state branches, despite objections from the National American Woman Suffrage Association. Latimer served in Maryland and Delaware during this period. From August to October 1916, Latimer lobbied for a federal woman suffrage amendment, and vehemently opposed Democratic Party candidates in Nevada.

Latimer left her home in Baltimore in February 1917 to visit her son, Alfred, who worked on a ranch in Arizona. After visiting Alfred, Latimer decided to continue westward. She told friends that she wanted to settle in a state that allowed women to vote. She decided on California.

Latimer passed away suddenly in May 1917, after sustaining severe burns when her San Francisco hotel caught fire.

A Woman’s Crusade: Alice Paul and the Battle for the Ballot by Mary Walton, p. 104, details Latimer speaking at the Congressional Union.

“The Detailed Chronology, National Woman’s Party History” was found through the Library of Congress website at: https://www.loc.gov/collections/static/women-of-protest/images/detchron.pdf

The information gathered about her final travels out west, and her death came from The Baltimore Sun, May 4, 1917. 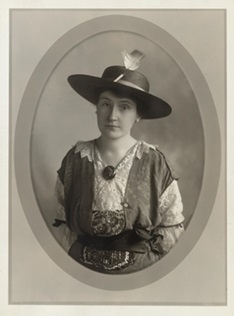 This image is from the Library of Congress archives, and was taken circa 1916 in Baltimore, Maryland after she had campaigned in Kansas and Nevada. Photo ID:http://hdl.loc.gov/loc.mss/mnwp.153012 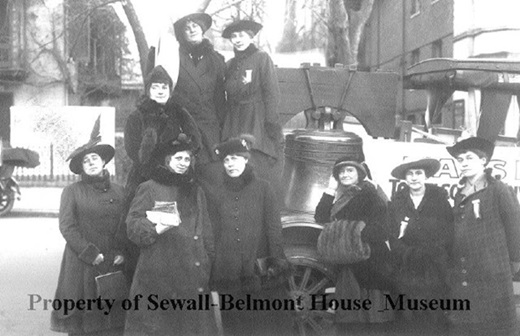