Sarah Tarleton was born on September 12th, 1865, in Green County, Alabama, to Confederate soldier Robert Tarleton and his wife, Sallie Tarleton. In the late 1870s she briefly attended a private school education before being educated by tutors, governesses, and an Oxford graduate. Her formal education ended at the age of seventeen, and she moved to Europe with her family where she studied German. In December 1890, at the age of twenty-five, she returned to the United States and enrolled in the Johns Hopkins School of Nursing (Baltimore, MD). Tarleton practiced nursing for several years and in 1894 worked at the Royal Victoria Hospital in Montreal, Canada. During her time there, she met her future husband, Dr. Alex Colvin. In 1895, she moved back to Baltimore, became a public health nurse, and established the Baltimore Visiting Nurses’ Association. She acted as secretary of the association before marrying Dr. Colvin on June 1, 1897. Shortly after their marriage, they moved to St. Paul, Minnesota. While president of the Minnesota Nurses’ Association, she drafted and introduced a bill that examined the qualifications of potential nurses.

Tarleton became interested in the suffrage movement when she realized that more women were entering the work force and were facing various injustices. She joined the National American Woman Suffrage Association. During a trip to Washington, D.C. in 1915, she then joined the National Woman’s Party and started a branch in Minnesota, of which she became its second president. Tarleton participated in the “Woman Suffrage Special,” a road trip that stopped in different states and held meetings, handed out petitions, and sent messages to the president. She was featured in her local newspaper for publicly speaking out against President Wilson, supporting the Republican party, and monetarily backing the suffrage campaign. In 1918, under the direction of Alice Paul, Tarleton and other suffragists picketed in front of the White House. This marked Tarleton’s first arrest; she spent five days in a Washington jail and went on a hunger strike. Her second arrest occurred on February 9, 1918, during a highly publicized demonstration where Paul, Tarleton, Lucy Burns, and others burned Woodrow Wilson in effigy.

Shortly after the nineteenth amendment was ratified, Tarleton ceased her activism with the NWP. However, in 1933, she was called back to the Minnesota branch of the National Woman’s Party to support and preserve married women’s economic influence. Tarleton was elected the national chairman, but only presided over the group for a few months. Following her career in suffrage, she pursued a path in education. In 1935, she was appointed to the State Board of Education, where she planned curriculum, managed budgets, and improved the overall state of education. She resigned a year later, disgruntled with board members who purposefully hid information from her. Tarleton wrote an autobiography, A Rebel in Thought, shortly after her resignation; it was published in 1944. She passed away in 1949, in St. Paul, Minnesota. Tarleton’s political activism and her dedication to nursing inspired the Sarah Tarleton Political Activist Award, which is currently awarded by the Minnesota Nurses Association to a nurse or group of nurses who promote the influence of nursing and fight for positive changes to public policies concerning nursing.

Further knowledge about Tarleton and her husband is available at: http://www.placeography.org/index.php/Alexander_R._Colvin_House,_1175_Davern_Street,_Saint_Paul,_Minnesota

More details about the Sarah Tarleton Colvin Political Activist Award can be found online at http://mnnurses.org/awards-glance.

Information about Tarleton Colvin’s birth and death can be located at Familysearch.com and Ancestry.com.

A photograph of Tarleton Colvin can be found on the Library of Congress website and is available at http://www.loc.gov/item/mnwp000355. 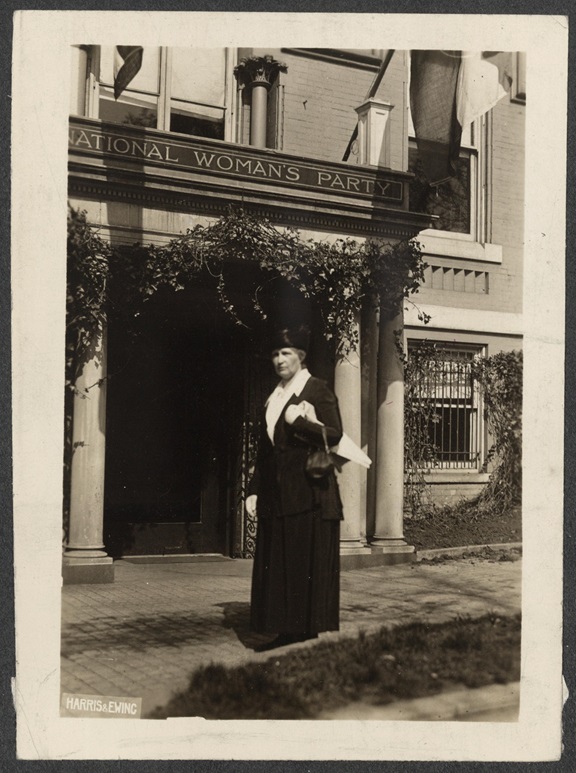