Rose Fishstein was born in Russia, though her birthdate is unknown. Rose moved to the United States at the age of fourteen. She settled in Philadelphia, and attended Temple University. Fishstein worked as a Union organizer and a factory inspector. Fishstein never married. She is the sister-in-law of Mrs. Rose Gratz Fishstein, who was also a suffragist.

Rose Fishstein was a part of the Silent Sentinels. She participated in demonstrations outside of the White House to gain more attention for women's suffrage. In February, 1919, Fishstein was arrested along with 39 other women, including Lucy Burns and her sister-in-law Mrs. Rose Gratz Fishstein, for a watch fire demonstration. The suffragists had two banners and made a fire in an earthen urn. They burned an effigy of the president on the pavement outside the White House gates. Fishstein, arrested with many other demonstrators, was given the choice of paying a fine or a sentence of five days in the District Jail. Like most others, she chose jail. After her release, the NWP presented her and the other women who were arrested a "prison pin" in recognition of their suffrage activities.

After her arrest Fishstein disappeared from the public eye and no record of her exists afterwards.

Information on Rose Fishstein's arrest can be found in Caroline Katzenstein, Lifting the Curtain: The State and the National Woman's Suffrage Campaigns in Pennsylvania as I Saw Them (Philadelphia: Dorrance & Co., 1955). She is also included in: Doris Stevens, Jailed for Freedom (New York: Boni and Liveright, 1920) and Inez Haynes Gilmore, The Story of the Woman's Party (New York: Harcourt, Brace, 1921). Additional information and sources on Fishstein can be found at Ancestry.com and the 1920 US Census. 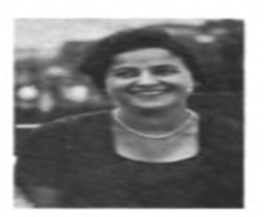 Photo from Caroline Katzenstein, Lifting the Curtain; the State and National Woman Suffrage Campaigns in Pennsylvania as I Saw Them, p. 220