Lucille Shields was born in West Point, Georgia in 1883. As an adult, she lived in Amarillo, Texas with her husband, Alexander Shields.[1] Mrs. Shields was an active member of the National Woman’s Party beginning in 1917.

Shields picketed alongside other suffragists as a Silent Sentinel at the White House on July 4, 1917. Eleven women were arrested that day on charges of obstructing traffic on Pennsylvania Avenue. Lucille Shields, along with other activists such as Lucy Burns, Dora Lewis, Gladys Greiner, and Vida Milholland, were not willing to surrender their First Amendment right to free speech. These eleven women received three days in the District Jail OR a fine of $25 each; they chose the jail time. Reflecting on her experience in the District Prison, Shields remarked, “In jail…you realize more keenly the years that women have struggled to be free and the tasks that they have been forced to leave undone for lack of power to do them.”[2] She also served five days in jail on January 13, 1919 for participation in watchfire demonstration. After she was released she was sentenced to three days in prison for “applauding suffrage prisoners in Court.”[3] Shields and fellow NWP member, Mildred Morris, were sent to New York in February 1919 to lead and organize workingwomen and others in the area for a demonstration at the dock when President Wilson returned from France.

After working for women’s suffrage, Shields continued to be an activist for women’s rights. She attended the Southern Delegates to Woman's Party Conference on November 11, 1922. Little in known about her life thereafter. She died in Florida in 1968. 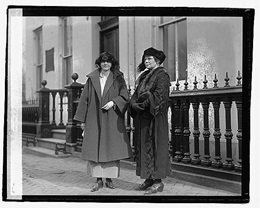 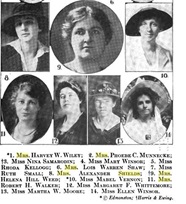 2. Neil A. Hamilton. American Social Leaders and Activists, p. 302.
Back to Text

3. Doris Stevens, Jailed for Freedom.
Back to Text