Mary Prior Quay, who also went by the name “Minnie,” was born in California on November 20, 1872. Her father, Dan Mccluster, was born in Northern Ireland and her mother, Catherine, came from Georgia. She completed elementary school, and there is no record of her being employed throughout her life. Quay spent most of her adult life living in Salt Lake City, Utah. At age 22 she married Robert Quay, a salesman from Ohio, and they had two children together.

Quay was a member of the National Woman’s Party, picketed the White House, and was arrested on November 10, 1917. She was sentenced to 30 days in District Jail, but was sent to Occoquan Workhouse. Quay was one of thirty-three NWP prisoners who endured the infamous night of terror at the Occoquan workhouse in Virginia, November 14th-15th.

In a December 1917 article in the Salt Lake Tribune Quay described the night, stating, "We were dragged across a dark courtyard by a mob of men and thrown into dungeons — punishment cells. Another girl had been so mistreated I thought she would die. Many times in the night, I arose to see if she was living.” Mary Quay also participated in the hunger strike while in jail and in a 1917 Salt Lake Tribune article she wrote, “Every woman [was] prepared to die for the cause, if necessary.” Quay continued to live in Utah, where she died February 15, 1946, in Salt Lake City at the age of 82 and was buried in Mount Olivet cemetery.

Access to Mary Quay’s birthdate and family information can be found at Ancestry.com and in the 1920 United States Federal Census. Information about her death can be found at Findagrave.com, Salt Lake County, Utah, Death Records, 1908-1949. For information regarding her role in the women’s suffrage movement, see: Elleen Hallett, “Utah Women were on the front line of suffrage battles,” The Salt Lake Tribune, March 1, 2014. Information about her arrests and the night of terror is available in Doris Stevens, Jailed for Freedom (New York: Boni and Liveright, 1920). 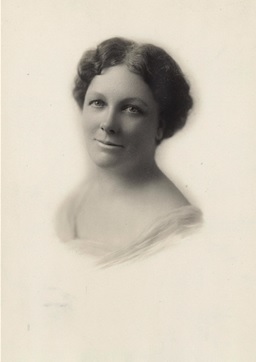 http://www.loc.gov/resource/mnwp.156006
back to top
Previous Next