By Christian Fuller and Shaakira DeLoatch
Undergraduates, University of Maryland

Mrs. Lucy Fisher Gwynne Branham was a militant suffragist and the mother of Miss Lucy Branham, also a suffrage advocate, and wife to Dr. John W. Branham. Her daughter Lucy was heavily involved in the NWP. Her daughter was a part of the Silent Sentinels picketing in front of the White House, which later led to her arrest. She lobbied in multiple states in the South like Georgia, Alabama and Tennessee and spoke about her experiences in jail.

Although her daughter had a much more active role in the suffrage movement than she did, Mrs. Branham still had her fair share of NWP involvement. She was arrested for her part in the "Watch Fire" demonstrations in January of 1919 and served three days in District Jail. The Watch Fire demonstrations were held by the National Woman's Party and involved burning copies of President Woodrow Wilson's speeches in an urn. The first Watch Fire was conducted in front of the White House and the second one was conducted in Lafayette Park. Along with her daughter, Branham was chosen as a delegate for Maryland to the NWP convention, although she did not receive an honorary picket pin for continued involvement like her daughter did.

Her husband, Dr. John W. Branham, was an assistant surgeon in the U.S. Marine-Hospital Service, and was, on the 20th day of July, 1893, stationed at the marine hospital in Stapleton, N.Y. In Brunswick, GA, an outbreak of yellow fever resulted in the U.S. authorities establishing quarantine regulations. Dr. Branham was sent to Georgia to assist with the outbreaks but ended up contracting yellow fever himself, leaving Mrs. Branham with two infant children and not much money.

Later in life, Branham lived with her daughter at the Sewell-Belmont House. During this time, Branham passed away, which left her daughter in such a state that she was hospitalized and eventually also passed away during her hospitalization. Due to the lack of records, the exact dates of Lucy Fisher Gwynne Branham's birth and death are unknown.

Information regarding Branham's husband can be found in The Sanitarian, Vol. 31 (obituary of John W. Branham.)
https://books.google.com/books?id=0ogCAAAAYAAJ&pg=PA465&lpg=PA465&dq=dr+john+w+branham+obituary+baltimore&source=bl&ots=K-cus0zq0K&sig=ZrpIgESr9drm1vJwP1Bziqs-Z4I&hl=en&sa=X&ved=0ahUKEwj-t9a62cjMAhVHPiYKHaEPBXYQ6AEIHjAB#v=onepage&q=dr%20john%20w%20branham%20obituary%20baltimore&f=false

Information about her daughter, their work together, and their Maryland delegacy:
http://www.revolvy.com/main/index.php?s=Lucy%20Gwynne%20Branham&item_type=topic

For an archival collection at the University of Maryland, the Lucy Gwynne Branham papers, 1892-2004, see:
https://umaryland.on.worldcat.org/search?databaseList=638&queryString=lucy+fisher+gwynne+branham 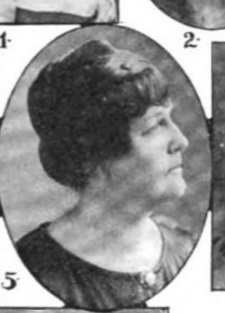