Miss Elizabeth Green Kalb was born in 1896 in Columbus, Ohio, the first child of Frank and Benigna Kalb. After 1900 they moved to Houston, Texas, where the census found the family living in 1910. Elizabeth attended and graduated from the Rice Institute in 1916. While studying at Rice, Kalb was awarded the Carnegie Prize in the Texas state intercollegiate oratory contest in 1915. She later went on to study at the University of Chicago. In 1918 Kalb became active in the woman’s suffrage movement and went to work for the National Woman’s Party in Washington, D.C. She was amongst the 8,000 marchers who took part in the U.S. Capitol picket. She was later arrested during a watchfire demonstration in January of 1919, for which she was sentenced to five days in District Jail. After her arrest in 1919, Elizabeth Green Kalb was one of 166 women who were awarded the "prison pin" from the NWP for their time spent in jail. Kalb later became the librarian at NWP headquarters, where she was in charge of the literature and library department.

In 1920 she was living in DC with her mother, both lodgers in the household of Anita Pollitzer, another White House picketer and NWP activist. Two other lodgers were fellow picketers. She was recorded as a magazine editor, no doubt The Suffragist, the NWP publication. Elizabeth married Edward Smith Handy (date uncertain). In 1940 the couple lived in Providence, VA, near the North Carolina border. In 1973 she died in Front Royal, VA, seventy miles west of DC.

A short biography and image of Elizabeth Green Kalb is available through the Library of Congress at https://www.loc.gov/item/mnwp000097/

She is also included in Doris Stevens, Jailed for Freedom (New York: Boni and Liveright, 1920). Information concerning her duties in the NWP is mentioned in Suffragist, Vol. 8-9. See also Kalb’s response to a Survey article on prison conditions in the District of Columbia: Elizabeth Green Kalb, Letter on "The District Prison," The Survey, October 16, 1920, p. 1906.

Katherine Rivard, "Women of the 1900s You Need to Know," NPF Blog. Accessed online at https://www.nationalparks.org/connect/blog/women-1900-you-need-know. 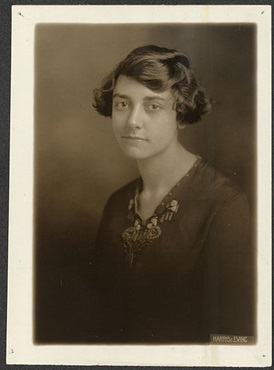 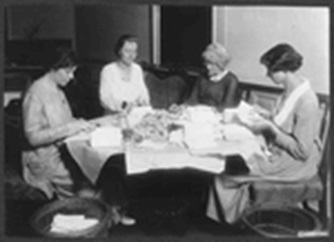 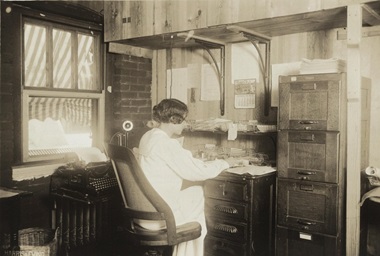 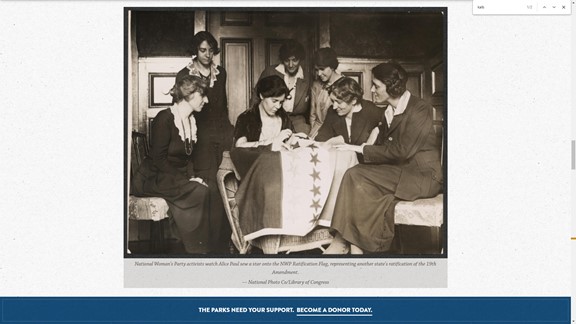 The following comment followed this photo on the NPF Blog: The photograph above of Alice Paul sewing a star on the flag has 2 members of my family also in it. Second from the left (standing) is my grandmother Elizabeth Green Kalb (later married Handy). Second from the right (sitting) is Elizabeth's mother, my great-grandmother, Benigna Green (married name Kalb later dropped). . . . To find that both Elizabeth and Benigna were so active in Women's Suffrage was an added bonus, and the timing was perfect - just months prior to the 100th anniversary.