By Jacy Eisel and Meghan Donnelly

Julia R. Emory was born on May 4, 1885 in Baltimore, Maryland. She was the second of four children to Daniel H. Emory, a Maryland senator, and his wife, Julia R. Emory.

Although she was the daughter of a senator, Emory always felt passionate towards women’s rights and embraced this zeal for the first time when she joined the Women’s Trade Union League, which allied upper-class and working class women together in an effort to raise wages and improve working conditions. In 1917, she made contributions towards the suffrage amendment fund and decided to leave the WTUL.

Emory joined the suffrage movement and became an active member of the National Woman’s Party, where she wrote numerous editorials in The Suffragist. She often recounted her own experiences in these newspaper articles, such as the July 1919 edition written after Virginia refused to ratify the nineteenth amendment until Maryland passed it. Emory tells of her encounter with the Maryland Governor, replaying the following conversation: “’It’s good of you to come’, the Governor greeted me. ‘Not good of me, but necessary, Governor, to let you know how much women need a special session in Maryland now. Not just the 15,000 Maryland women of our organization who have asked me to come to you, but all the women in the United States.’”

Emory fought verbally just as much as she did physically, as she often worked alongside renowned suffragists like Doris Stevens, Lucy Burns, and Alice Paul picketing at the White House gates and enduring difficult conditions in jail. Emory became especially close to Alice Paul. Before one demonstration, when sleeping space was at a premium at NWP headquarters, she and Paul bedded down on the roof. Her letters to Paul about her organizing work often include entreaties that Paul take better care of herself.

She was first arrested on September 8, 1917 with twelve other women for protesting a parade of drafted men. The women picketed the event with a large banner they held that read, “Mr. President, How Long Must Women Be Denied a Voice in the Government That Is Conscripting Their Sons?” Emory was convicted and sentenced for 60 days in the Occoquan Workhouse, the first of her stays at the lamentable jail.

She was jailed again and sentenced for 30 days in the Occoquan Workhouse for picketing in November of 1917. She was jailed with Burns, and after Burns was brutally treated by being handcuffed with her hands over her head, Miss Emory protested the treatment by holding her arms in the same position. The night she endured would be known as “The Night of Terror.” She participated in the hunger strikes, and the guards tempted her and the other women in jail with fried chicken to break the three-day strike, but she did not comply. Once she was released on November 27th, 1917 from the Occoquan Workhouse, she became the organizer of the National Woman’s Party.

Emory’s activism did not stop with picketing the White House. In August 1918, she participated in a NWP demonstration that protested Senate inaction at Lafayette Park, Washington, D.C. She was arrested, tried, convicted and sentenced to 10 days in the old District workhouse. On, Jan. 7, 1919, she was sentenced to 10 days because she refused to pay bail. The demonstrations consisted of burning President Wilson’s speeches. Emory spent the first night of the demonstration watching guard over the fire with Alice Paul at her side. She participated in the hunger strike while in jail.

She led the Capitol picket in October and November 1919 to gain attention for the amendment. Julia Emory’s life was always driven by the desire to acquire suffrage. She died on February 1, 1979 at the age of 93; however, her spirit will continue to live on. She was small in size yet is often remembered as “active, insistent, and persistent in inverse ratio to [her] size.” 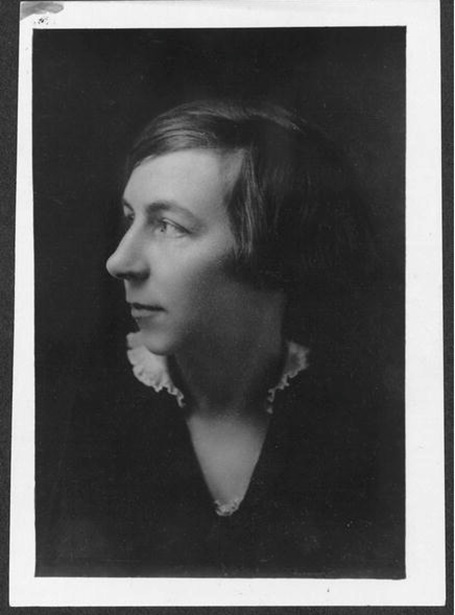 Portrait of Miss Julia Emory, provided by the Library of Congress,
https://www.loc.gov/item/mnwp000013/

A record of Julia Emory’s birth and family tree can be found in the United States 1900 Census, FamilySearch,https://familysearch.org/search/collection/results?count=20&query=%2Bgivenname%3AJulia%7E%20%2Bsurname%3AEmory%7E&collection_id=1325221&birth_place0=10&residence_place0=10.

Notes on her transition from the Trade Union to her activism can be found in Doris Stevens, Jailed for Freedom (New York: Boni and Liveright, 1920), 358.

Selections from Emory’s work in The Suffragist can be located in The Story of the Woman’s Party, by Inez Haynes Gillmore along with a digitized version of the newspaper found through University of Maryland libraries.

For the quote here, see Julia Emory, “Ratifying in Maryland,” The Suffragist 7:29 (July 19, 1919), p. 8. A summary of Emory’s activism can be found on the Turning Point Suffragist Memorial site, https://suffragistmemorial.org/suffragist-month/.

A photos and a record of Julia Emory’s activism can be found through the Online Database published by the Library of Congress, https://www.loc.gov/item/mnwp000013/. The specific dates of her time in jail as well as the events Miss Emory participated in came from a timeline also published by the Library of Congress, https://www.loc.gov/collections/static/women-of-protest/images/detchron.pdf